When you think about your favorite nut, it is highly possible that it’s not really a nut at all. The term ‘nut’ botanically refers to the seed of a dry fruit, where the ovary becomes hard with maturation, leaving the seed within unattached. Hazelnut and chestnut are two popular examples of ‘true nuts’. So, the hard shell we need to remove to get to a fleshy chestnut is actually the ovary of its fruit,

Most of the other common types, including peanut, cashew, almonds, and pine nuts, are actually considered seeds in botany. Still, they are counted among nuts when their culinary and edible uses are in question. Given below are some of the best-known nuts and seeds, along with some lesser-known, yet equally amazing varieties. 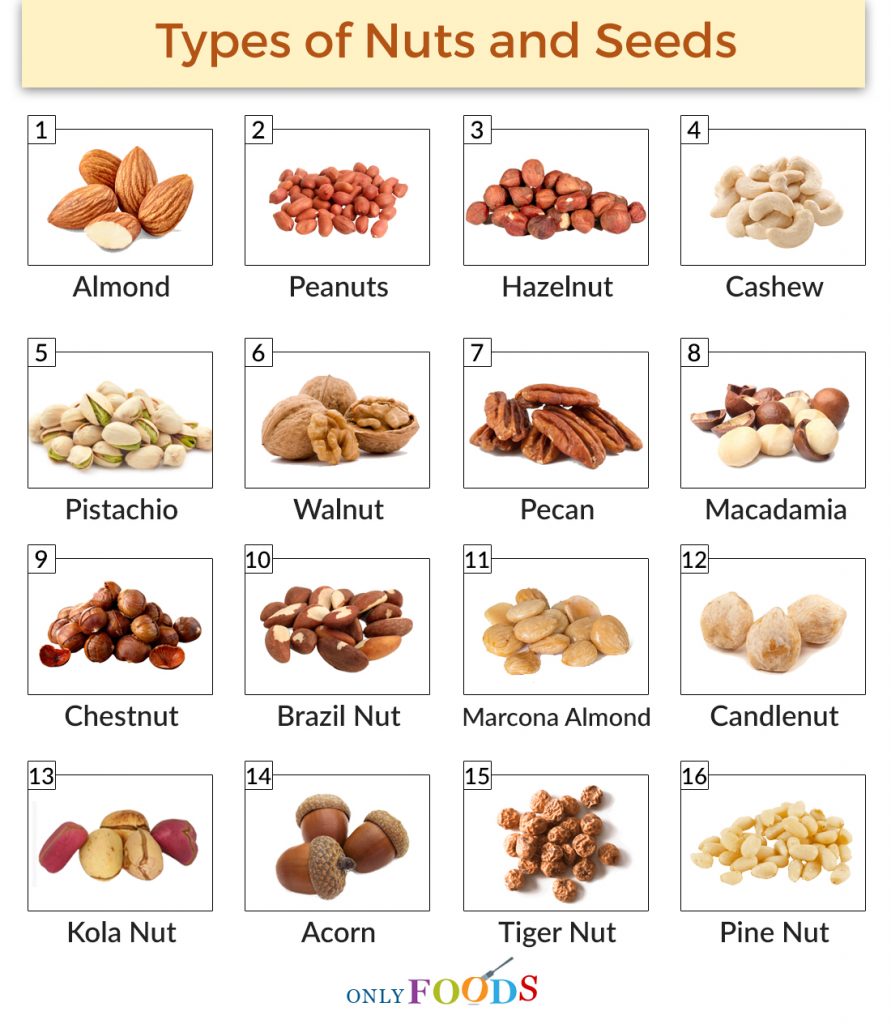 Types of Nuts and Seeds

Q.1. What is the healthiest type of nut to eat?

Ans. Almost all the nuts and seeds listed above have excellent health benefits. When it comes to being the healthiest nut to snack on, the most famous types win the race with walnut, peanut, almond, pecan, pistachio, and cashew being at the top. Multiple studies have shown their numerous benefits to human health and well-being.

Q.2. Which type is the most expensive?

Ans. Macadamia nut is considered the most expensive variety at present (costing about $25 per pound!), followed by pine nut, almond, cashew, and chestnut.

Q.3. What types of nuts and seeds are there in mixed nuts?

Ans. Any combination of delicious roasted, salted nuts can be referred to as mixed nuts. The popular variety sold as a snack commonly consists of almonds, cashews, peanuts, pecans, walnuts, and hazelnuts.

Ans. According to botany, the fruit of coconut is a drupe, with the edible part being the seed’s inner layer. So, coconut cannot be considered a nut.