Nuts and seeds are highly nutritious and they are available in a wide range of varieties. Adzuki beans are reddish seeds popular for their nutritional value and commercial viability. They are mainly of two types, basic and Hokkaido beans that are grown all over Japan, China along with United States. These beans are extremely popular as they have enormous health benefits. 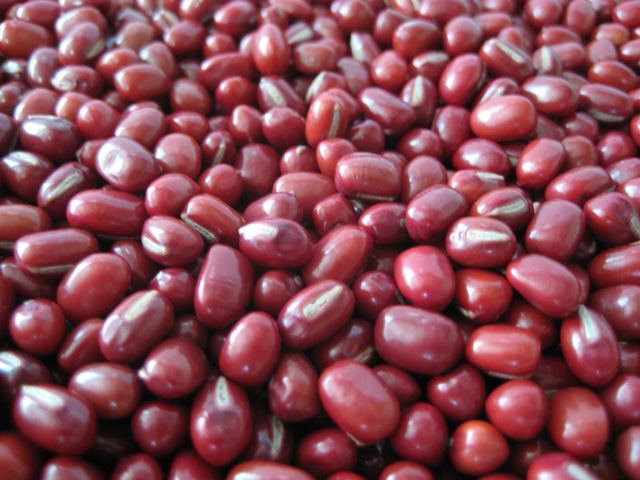 It is known by the scientific name of Paseolus angularis.

These small beans can be distinguished by their color and other physical characteristics like:

Color: Adzuki beans are dark red in color. They can also be of lighter shade of red depending on the type of the beans.

Taste: It has a pleasant sweet taste.

Shape: They appear to be oval, pointed at one end and rounded at another.

Size: They have a diameter of around 5 mm.

Looks: In totality it is red with white ridges on its sides, making it look distinct. 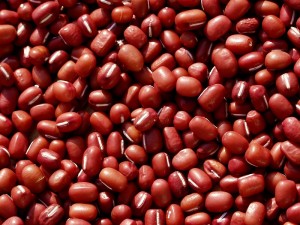 These healthy legumes come from a plant which might have originated from China, spreading  throughout Japan around 3rd to 8th centuries.

Japan has turned out to be one of the largest producers of Adzuki beans. Enormous consumption of these beans can be noticed here. Though prevalent in these Asian nations, they are also cultivated in parts of USA, Africa, New Zealand and India.

Adzuki or azuki beans have become an important crop not only in Asian countries but also United States. Following are the conditions required for its growth:

Climate: It grows well in warm climatic conditions. It should never be subjected to frost as it adversely affects their growth.

Soil: A rich organic soil is best suited for cultivating these beans. It should also be well drained.

Germination: They take around 15 to 20 days to germinate, though that varies according to the season and place.

Maturity: It takes around six months to mature and become ready for harvest.

Harvest: They have a late harvest period when compared to other beans that are eaten. These seeds can be harvested by the middle of September.

230 g of adzuki beans which measures up to 1 cup cooked beans have great nutritional value.

Here are some of the health benefits that you can derive from these nutritional seeds. 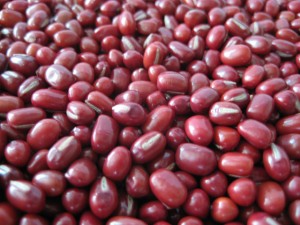 These seeds have a number of usages as food and medicines.

They have varied edible uses for which they can be soaked overnight or a couple of hours to obtain optimum results.

Some of its medicinal uses can be noted:

It is widely used in the preparation of several dishes. 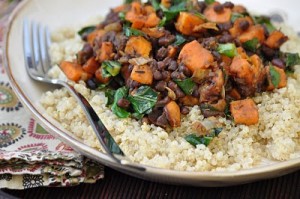 These edible beans can be stored in food grade polyethylene bags which keep them fresh for a year or even more.  When they are stored in sealed containers devoid of oxygen, at lower temperatures they stay for many years.

Though it can be stored for a long time, it has been found that after a couple of years its nutritional value decreases.

It can be taken during pregnancy to obtain necessary folate and other essential nutrients. Sprouted adzuki seeds are good during pregnancy as they help eliminate problems like bleeding and appearance of blood in stools.

Though there are no serious side effects of these beans but like any other beans they may cause gas if not properly steamed to get rid of flatulence causing components. Consuming them in lesser amounts can solve this issue.

You can buy these nutritious seeds in powdered or whole form from any Asian market. They are also sold through online stores at a price of $6 for 2 lbs.

Due to their extremely high nutritional quality, these beans are readily used in everyday life. Studies suggest that these beans were first used in East Asia and then it spread elsewhere in hybrid form.

These beans are very well depicted in these pictures listed here. 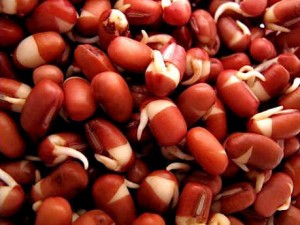 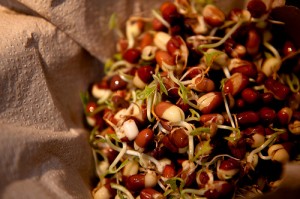