Small edible seeds of the sesame plants are known as sesame seeds. These are widely used for numerous culinary and medicinal purposes as well as for oil production. Sesame plants are widely cultivated all over the world for harvesting the seeds. 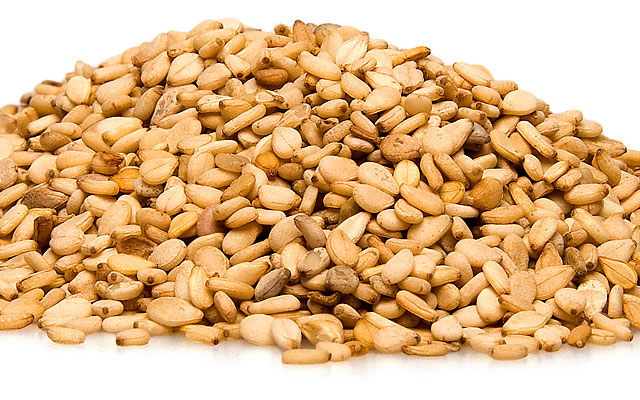 Find out what it is known as in other languages: 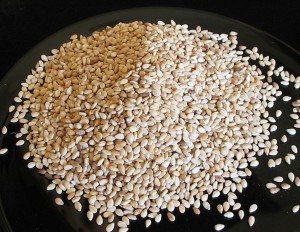 Their appearance can differ from one variety to another. Here is a general description of these tiny seeds:

Size: The length varies between 3 mm and 4 mm while they grow around 2 mm wide and 1 mm thick.

Shape: The smooth, slightly flattened seeds are ovate with the hilum end being somewhat thinner compared to the other side.

Weight: Each seed weighs somewhere between 20 mm and 40 mm.

Color: The most commonly used type of the seeds is off-white in color. Other common colors include tan, buff, brown, gray, gold, reddish brown and black.

Flavor and Taste: All the varieties have a characteristic rich, delicate nutty flavor and taste. The flavor is believed to be stronger in darker seeds.

Texture: The seeds have a tender yet crunchy texture.

Most wild relatives of sesame originate from sub-Saharan Africa while the cultivated variety, Sesame Indicum, is native to India. The seeds are currently cultivated in various regions of North and South America, Europe, Asia as well as Africa.

The White sesame seeds, along with the other lighter varieties are commonly grown in the America, Europe, the Indian subcontinent and the western regions of Asia. Black sesame seeds are most commonly cultivated in southeastern Asia and China.

Oil is extracted from the seeds using the cold pressed method. Sesame oil is one of the most commonly used cooking oil in almost all cuisines in the world. There are two varieties of the oil: the light and the dark sesame oils. The light sesame oil is suitable for deep frying due to its high smoke point while the dark oil has a low smoke pint, making it useful only for stir frying and for making omelets. Like the seeds, the oil also has numerous health benefits to offer and is very good for skin and hair. 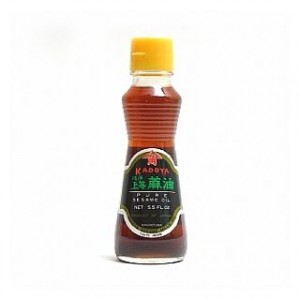 Here is the nutritional value for 100 gm of dried whole seeds:

Diabetes Prevention – According to a study released in 2011, sesame oil improves the effectiveness of “glibenclamide”, the oral antidiabetic drug prescribed to individuals suffering from type 2 diabetes. Another study shows that using this oil as the only edible oil helps to reduce the blood glucose levels in hypertensive diabetics.

Lowers Blood Pressure – According to the study mentioned above, sesame oil is beneficial for reducing high blood pressure, especially in diabetic patients. Additionally, the rich magnesium content of the seeds makes them useful for this purpose as magnesium is known to have blood pressure lowering properties.

Maintains Oral Health – This is one of the most important health benefits of the seeds and their oil as they promote oral health by removing dental plaques. When consumed, both the seeds and the oil engages in a special oil pulling activity involving the oil swishing around the mouth to make sure there are no harmful microorganisms that may cause dental damage. The method is also known to whiten the teeth. Sesame oil uses its oil pulling effects to fight the streptococcus mutants (spherical Gram-positive bacteria) in mouth saliva and teeth plaque for boosting overall oral health. 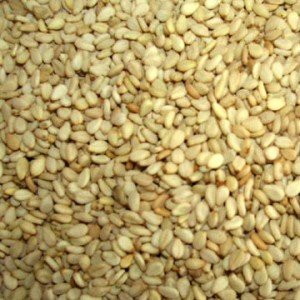 Prevents Kidney Damage – According to research, it can prevent kidney damage resulting from the use of antibacterial medications such as Gentamicin. It reduces the oxidative damage due to the antibiotic, thus protecting the kidney.

Cancer Prevention – They contain the anti-cancer compound named “phytate”, making them useful for fighting and preventing various types of cancers including leukemia, colon cancer, breast cancer, lung cancer and multiple myeloma. Their rich magnesium contents also contribute to their anti-cancer properties. According to the American Journal of Clinical Nutrition, magnesium is highly beneficial for reducing the risks of colorectal tumors and colorectal cancers.

Good for the Heart – Another significant health benefit of sesame seeds and oil is that they prevent atherosclerotic lesions to promote the overall heart health. They contain an anti-inflammatory and antioxidant compound called “sesamol” which is believed to be largely responsible for making the seeds beneficial for the heart. Sesamol also harnesses certain anti-atherogenic properties and has been proved to posses numerous pharmacologically active properties that can improve the cardiovascular health of an individual. The mono-unsaturated fatty acid named oleic acid present in the seeds help to lower the “bad cholesterol” or LDL levels while increasing the “good cholesterol” or HDL levels in the blood. This helps to prevent various coronary artery diseases and strokes.

Fights Rheumatoid Arthritis – The copper contents make the seeds and their oil useful for reducing the symptoms of swelling and pain associated with rheumatoid arthritis. Copper is essential for the proper functioning of the antioxidant and the anti-inflammatory enzyme systems. It also helps to strengthen the bones joints and blood vessels, which is beneficial for fighting rheumatism.

Healthy Skin – The seeds contain plenty of zinc, which is an essential mineral for collagen production as well as for maintaining the elasticity of the skin. Zink also plays a crucial role in repairing damaged body tissues. Sesame oil is known to prevent various skin disorders while promoting skin health. The rich vitamin E contents of black sesame seeds make them especially beneficial for skin.

Healthy Bones – Zink is also useful for promoting general bone health as it strengthens the bones by boosting their mineral density. According to an American Journal of Clinical Nutrition study, zinc deficiency increases the chances of developing osteoporosis in the spine and hip areas. Sesame seeds, especially the black variety, are also an excellent source of calcium, which is essential for maintaining bone health while preventing various bone diseases.

Protects from Radiation Induced DNA Damage – Studies show the sesamol compound in sesame to be useful for preventing DNA damage caused by any type of radiation.

Beneficial for the Digestive System – The seeds are an excellent source of dietary fibers, which makes them highly beneficial for the digestive system and colon. Eating sesame seeds is good for digestion as well as for preventing and relieving constipation.

Folic Acid – There is 97 µg folic acid (25% of the RDV) per 100 grams of the seeds. Folic acid plays a vital role in DNA synthesis and helps to prevent various birth defects when consumed by the mother during pregnancy.

Good Source of B-Complex Vitamins – It is rich in various B-complex vitamins including niacin, vitamin B1 (thiamin), vitamin B6 (pyridoxine) and riboflavin. One hundred grams of sesame provide around 24% of the daily required amount of niacin. Niacin helps to lower the blood LDL levels while also enhancing the GABA activity in the brain to reduce anxiety and prevent neurosis.

Healthy Hair – Black sesame contains specific proteins and lecithin that have been proved to be good for growing hair. It is also believed to help in getting rid of grey hair.

Apart from being used as a main ingredient in various cuisines, both the seeds and the oil have various medicinal uses. 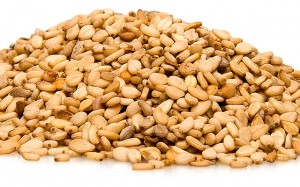 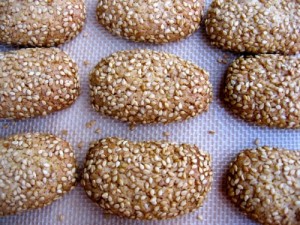 Most edible uses of sesame involve toasted seeds, here is how one can do it:

Sesame oil can sometimes be used as an alternative to the seeds in certain recipes. Poppy seeds and flax seeds can also be used as a substitute for sesame, depending on the purpose.

It does not cause any side effects in most people. However, the seeds may lead to certain adverse health effects, including dermatitis, hives and itching, in some individuals. This condition is often referred to as sesame seed allergy. It can sometimes result in serious health problems including abdominal pain, vomiting, chest congestion and breathing difficulty due to swelling of the lips and throat. Sesame allergy can even cause death of an individual in a few rare cases. So, people having this allergy should avoid consuming sesame in any form.

There is a common misconception that eating sesame while pregnant can cause various complications and even miscarriage. But in truth, sesame contains various nutrients that are beneficial for the pregnant women and their unborn babies. However, it is advisable to consult with one’s doctor before consuming the seeds and the oil during this time.

Unhulled seeds can be stored in airtight glass containers in a dark, cool and dry place. The seeds tend to go bad quickly once hulled due to their high oil contents. So, they should be placed in freezer bags or plastic containers to be stored in the freezer or refrigerator. They remain fresh for around 6 months in the refrigerator while freezing allows storing them for about a year.

One can buy the seeds at local food markets and organic food store or order them online. Sesame seeds are available both in bulk and in smaller packages. The price for 16 oz of the white seeds varies from $12 to $15.The oil is available in supermarkets and can be bought online.

Here are some pictures showing the different varieties. 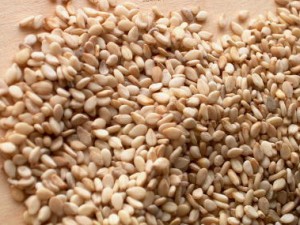