Apios Americana is a perpetual vine native to eastern North America. This perennial vine bears edible beans as well as large edible tubers. The tubers are cruncher and nutritious and also have high content of starch and protein. This groundnut is occasionally naturalized in South Europe. 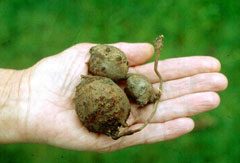 This groundnut is the most edible wild plant in North America. The inhabitants of the region are happy with the benefits that they are enjoying because of this groundnut since a long time.

Leaves: The leaves are pinnate and are 8-15 cm long with 5-7 leaflets.

Stem: The stem is thin and fragile. 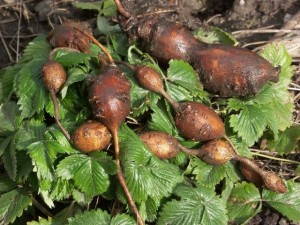 Apios Americana is a wild plant and is a great future food source. It is also termed as Hopniss and it serve as an imperative food crop. This tropical vine is known for its pear shaped edible tubers. The tubers taste sweet. Hopniss grows 10 m in length along with flowers that bloom from July to October. The edible tubers look like that of a grapefruit. The edible tubers contain 17% legume protein. The tubers can be dug at any time of the year.

Apios Americana is largely seen in North America. Apart from that, this groundnut is also seen in Ontario and Quebec the north of Gulf of Mexico and also in the Atlantic coast. The Amerindians of this region prefer having this groundnut because of its nutritional benefits.

Groundnut pod development takes place in the soil making it difficult to judge the maturity of the crop. It is not that hard to carry out the harvesting operation without much loss of quality and yields. The best time to harvest is when good numbers of pods are developed properly. Maturity of the pods is gained when the vine turns yellow.

Given here is the value of different nutrients in 100 grams groundnut. 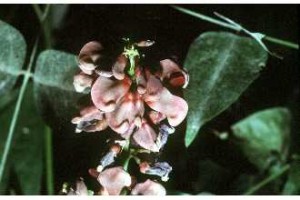 Groundnut became widely popular because of its health benefits and satisfactory usage.

The edible parts of the plant are the tubers and beans. The tuber can be dried and ground into a powder and then is used for thickening in soups. The powder can be added to cereal flours when preparing bread. Tubers contain 17% protein and are healthier than potatoes.

The plant contains latex that can be used in the production of rubber.

First of all the pods have to be dried to less than 8% moisture before storing. Before stocking up the seeds, the damaged ones have to be alienated. Proper care is needed.

Groundnuts are accessible at the grocery stores. The market price is quite high because the fact that these nuts are always in demand. One can also have it from the online stores.

There are some awesome dishes prepared using groundnuts.

Sometimes over consumption of groundnuts can result in some side effects.

Apart from being a healthy nut, groundnut also has some interesting facts.

Take a look at some of the images of Apios Americana. 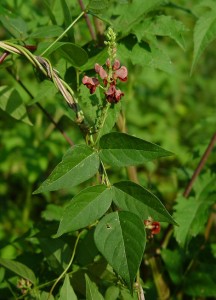