Juglans Regia is a huge deciduous tree which belongs to the family of Juglandaceae. It is primarily used for the production of walnut. This plant is native to the stretch of Balkans extending towards the Himalayas and southwest China. A vast stretch of extensive walnut forest is found in Kyrgyzstan. 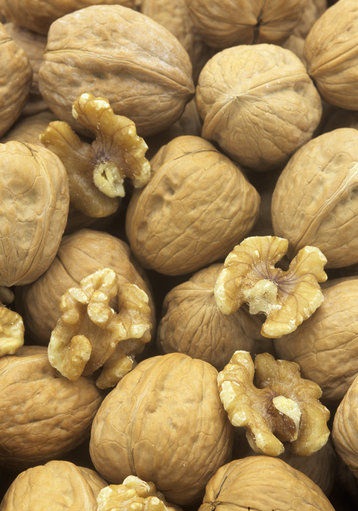 Juglans Regia is also known as:

Juglans Regia grows up to 25 to 35m tall. They have short trunk of about 2m diameter. The bark of the tree is brown and becomes grey as the tree matures. The crown of the tree is relatively larger than its trunk. The pith of the twigs is brown and has air spaces. 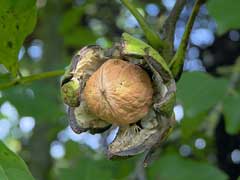 The leaves of the tree are 25 to 40 cm long with alternate arrangement on a particular leaflet. The leaflet at the apex is much larger. The male flower is a dropping catkin whereas the female flowers are clustered together and bears fruit. The fruit has a green slightly rigid, semi fleshy husk enclosing a brown nut.

Juglans Regia originated from the ranges of central Asia, extending towards western china. It is distributed in parts of Uzbekistan and Kazakhstan. Towards the lower ranges of Himalayas, Juglans Regia is cultivated in Nepal, Tibet, Bhutan, parts of northern India, Afghanistan, Turkmenistan and Iran. It occurs sporadically in areas of Armenia, eastern Turkey, Georgia and Azerbaijan.

During the period of Alexander the Great, he introduced the nut to Macedonia and Greece from Central Asia and Iran. Juglans Regia was transported to the western and north European countries during the Roman Era and by the 17th century, it was introduced in America too by the English Colonist. This is how the nut became widespread across the globe. Nowadays walnut is grown across France, Greece, Serbia, Bulgaria, Romania in Europe, California, Chile and China. Gradually, it has also spread across southeastern Australia and New Zealand.

Juglans requires a well drained loamy soil with adequate sunlight. The plants should be protected from strong winds. The plant requires an annual precipitation of 3.1 to 14.7dm. Mature trees can tolerate frosty winters but not the juvenile plants. The minimum temperature the plant can sustain is -29 degree Celsius and below that. The annual temperature the plant requires is 7 to 21 degree Celsius. Juglans Regia thrives on neutral and slightly acidic soil with pH of 4.5 to 8.2.

The prehistoric deposits of the Iron Age have shown traces of walnut in Europe. They have also been mentioned in the Old Testament. Walnut was regarded as the symbol of fertility by the Greeks and Romans and that is how the name ‘Juglans’ was derived from. In Latin, ‘Jovis Glans’ means ‘nut of Jupiter’ or ‘the nut of Gods’. During the middle Ages, walnut was considered to ward off evil spirits, witchcrafts and epileptic fits. 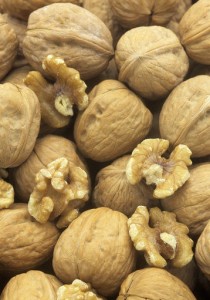 Juglans Regia requires a well drained loamy soil, 2m or more deep and slightly alkaline. The plant requires a sunny position however are cold tolerant. The juvenile plant can be damaged by the frost. The seedlings should be transplanted as soon as possible and protected from the first winter. Roots should not dry out during this process.

Cutting and pruning of the tree should be carried out only when the plant is mature enough else it would weaken the plant. The plant should be watched and watered for at least till they have established.

The seeds shown are sown when it is ripe and should be protected from the rodents. Their germination period is from winter to spring. The seeds should be transplanted to the original plant in early summer and should be protected for a winter or two. They can also be sown in early spring but must be kept in a moist place before it is sown. In such case, however, it would take a while for the seed to germinate.

Juglans Regia or walnut has been used as a remedy for many disorders since the ancient times.

It is always advised to seek medical assistance before using the plant medically as there might be adverse effect to few individuals.

Here are few of the pictures. 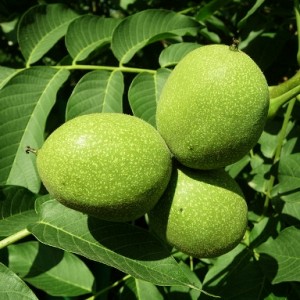 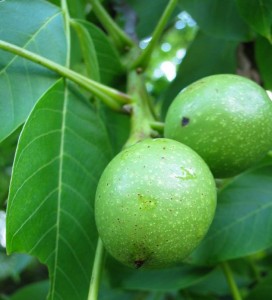