Brosimum alicastrum is primarily a tropical tree that belongs to the Moraceae family. The fruit of this tree is popularly known as Maya nut. This tree is one of the largest in its natural habitat. 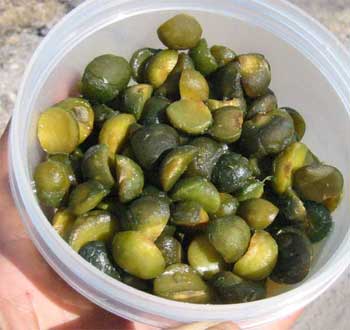 Generally a tree tends to bear fruit in their 8th year, but recently a variety has been discovered that bears fruit in its 4th year.

There are many other names of Maya Nut, these are:

There are two subspecies of this tree: 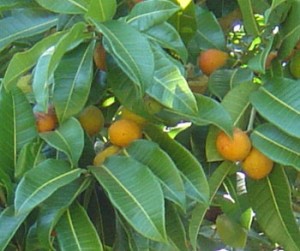 Brosimum alicastrum is native to the South American and Central American countries. It is found in countries like,

It is also found in Caribbean Islands and Amazon rainforests.

This tree grows in dense humid lowland tropical forests, where the average temperature is around 25 degree centigrade and the average rainfall is around 1800mm. Though this tree is native to moist rainforests, yet it can tolerate drought and marginal soil. Therefore, it is used for reforestation in many degraded sites. The seeds of this tree grow naturally in rainforest soils.

The fruits (i.e. the seeds) fall off the tree in March and April. They are orange in color and smells like citrus. It is one of the favorite nuts of the forest creatures, especially birds.

This tree is known to have been planted by the Mayans around 2000 years ago. It was the main staple food of their diet. 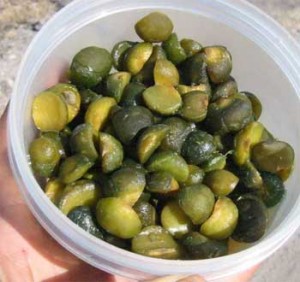 Brosimum alicastrum can be grown from the seeds. After around 30 days from sowing, germination rate of 70% can be expected.

The seed of Brosimum alicastrum, i.e. Maya nut, is full of nutrients including antioxidants. One can compare this seed to quinoa, soy and amaranth. It consists of Vitamin A, Vitamin B. Vitamin C and Vitamin E. It is also high in calcium, potassium, fiber, protein, iron, zinc and frolic acid.

The seeds can be eaten boiled, roasted or raw. If stewed, the nuts taste like mashed potato. The roasted seeds that taste like coffee or chocolate are used in drinks and many other dishes. The boiled seeds are used to make soups, puree, burgers, tortillas etc.

Apart from its culinary and medicinal usages, parts of this tree is used in a variety of ways, such as-

This tree provides forage for cattle and live-stocks during the dry season. The abundant seeds are eaten by pigs.

The wood of this tree is hard, dense and fine grained. The timber is used to make furniture, crafts, wooden floors, tool handles, railway sleepers and in other general constructions.

Here are some interesting facts –

Once, this tree was abundant in its native region of South and Central America.  At present, this tree is considered as threatened and in many parts it is even extinct. This has happened due to the extensive use of its timber.

Erika Vohman (of The Maya Institute) has been working hard to promote the use of this seed and to save the natural habitat of this tree.

It is one of the most useful trees in the forest as not a single part is wasted. Because of its usage, the seeds are available for sale in South and Central American markets. It also plays a key role in protecting the biodiversity.

Here are some pictures of this large and useful tree and its seeds: 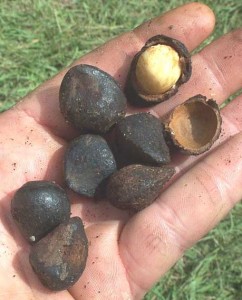 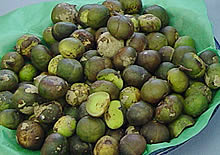