Red wine is made from black or dark varieties of grapes that accounts for its diverse shades. The young wines are violet, the mature ones have a brick-red hue, whereas the older types have a brownish appearance.  Red wine is low in calories (85 calories in 100 gm.) and is said to be good for heart health because of its resveratrol content, a useful phytochemical, helping to prevent blood clots, and controlling the damage of blood vessels. The list of red wines mentioned below is all varietal wines, taking their name after the grape variety from which they are made. 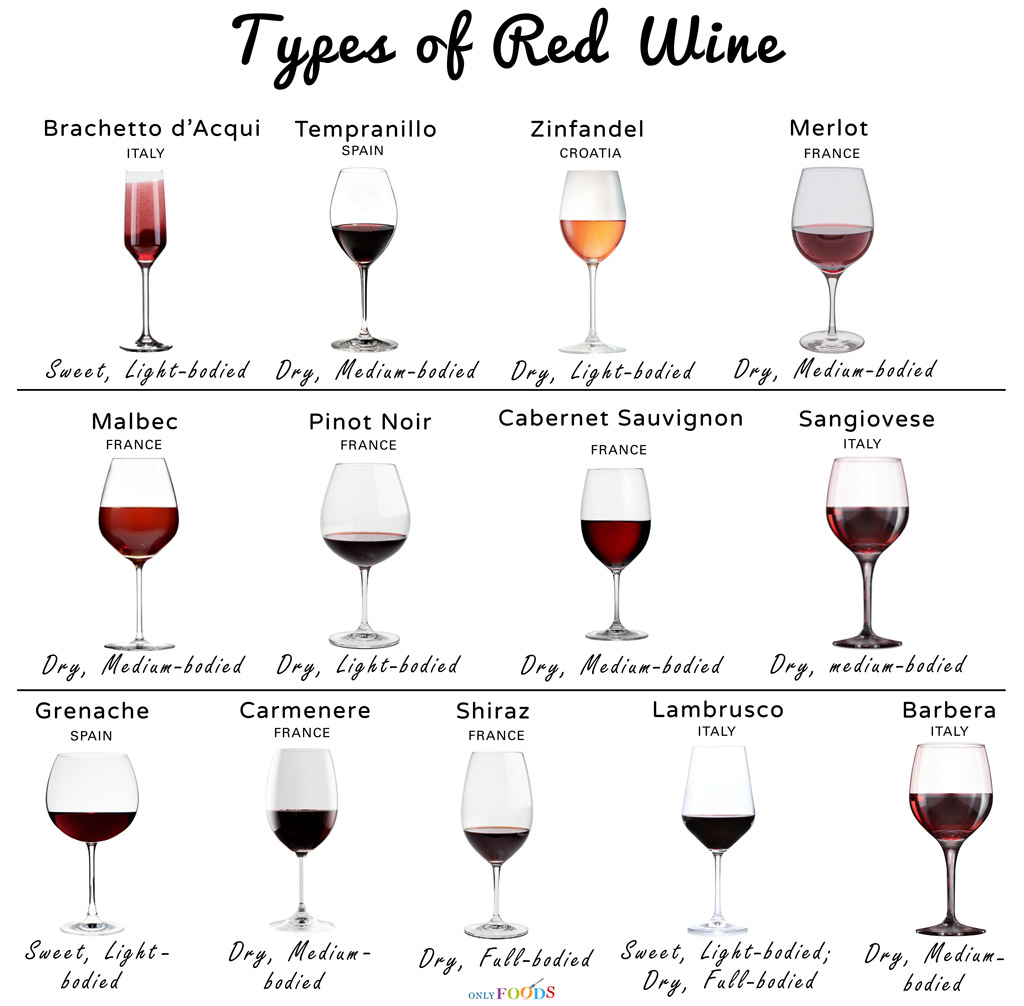 List of 13 of the Best Varieties of Red Wine

Can be teamed with: Chocolate, nuts, cheese, and fruit

A medium-bodied wine considered one of the driest, having three different styles. One would be soft, smooth, and fruity with low tannin content. The other one is fruity with moderate amounts of tannin, while the third variety is intense and highly tannic. Widespread in Australia, Italy, and parts of the United States, Merlot exhibits versatility when it comes to taste. Fruit notes of cherries, blueberry, blackberry, and cassis; vegetable notes such as bell pepper, mushroom, hummus, cola nut, and olive; as well as herbal notes like eucalyptus, rosemary, laurel, thyme, and sage is associated with it.

Can be teamed with: Light meats like chicken as well as mildly spiced dark meats 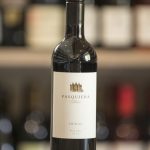 A full-bodied French red wine with a high amount of tannins and a peppery or berry-like flavor. Having Shiraz, a dark-skinned variety of grape as its main ingredient, this red wine is noted for its spicy taste, alongside being fruity and jammy. Though Shiraz is often considered synonymous with Syrah, both of them taste differently. The latter is earthy and smokey, with spicy pepper and plum being the primary flavors.

Can be teamed with: Roasted or grilled beef 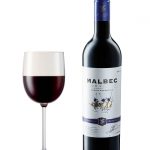 A medium-bodied fruity, smoky French wine having flavors of cocoa and cherries, it is prepared from the purplish grape variety of the same name and is a fabulous crowd-pleaser. Though it originated in France, most of it is presently produced in Argentina, which is specified on the label. The Argentinian variety has a soft, plush texture with a fruity, juicy appeal, while that originating in the United States possesses an herbal aroma and notes of dark fruit.

Can be teamed with: Roasted pork, melted cheese, and creamy mushroom sauce 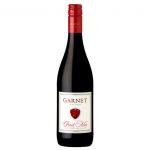 One of the most famous French red wine varieties, it is fruity, earthy, fresh, supple, and delicate. Germany and the United States are also famous for the production of Pinot Noir. The flavors of cranberry and raspberry are prominent. Pinot Noir is claimed to be the healthiest among the red wines since it has a higher resveratrol concentration.

Can be teamed with: Salmon, sushi, roasted chicken, and pasta dishes 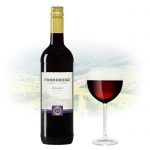 Another varietal wine mostly famous in California, this beverage has a light, delicate, zesty flavor with pepper and berry dominating. Its taste varies by the place where it is grown. For instance, those produced in colder regions would taste like raspberry, while the ones from the warmer areas have flavors of pepper, blackberry, and anise infused.

Can be teamed with: Pasta, cheese, and seafood 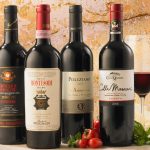 A medium-bodied Italian wine, having the flavors of plum and berry. It is acidic with an earthy taste and moderate tannin content. Californian Sangiovese has a bright, red-fruit flavor, while the Tuscan varieties are bittersweet with the taste of cherries, tea leaf and violets dominating. On the other hand, the Argentinian kind is a blend of the Tuscan and Californian ones, sweet and juicy, with a bitter finish.

Can be teamed with: Pasta and pizza 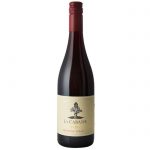 Grenache or Garnacha, as it is called in Spain, has a soft, earthy, and smoky flavor, tasting like berries. This wine type is also popular in Southern France, often mixed with Syrah for producing a Red Rhone blend. Grenache-based wine types have a complex taste of black cherries, gingerbread, leather, coffee, honey, black pepper, black currants, roasted nuts, spices, and tar.

Can be teamed with: Salad, pizza, blue cheese, and grilled meat

A medium-bodied wine made from the Carmenere grapes, which had its origination in France’s Medoc region in Bordeaux, though of late, it is mostly grown in Chile. It displays versatility when it comes to taste as it has the fruity flavor of berries, tartness of raspberry, and subtly bitter taste of kale. Carmenere contains pyrazines, which make it savory, like bell pepper or jalapeno.

Can be teamed with: Roasted, smoked or grilled meat, and hard cheese 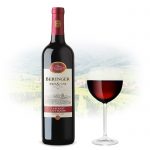 A sought-after dry French wine, it is fruity and smoky, with the flavors of currant and cherries dominating. Though the taste varies by the regions and climatic conditions, it is produced in. In colder areas, notes of green bell pepper, black currant, cedar, and mint are prominent. In moderate conditions, the black olive and black cherry notes blend with black currant. In contrast, in hot regions, it has an overripe and jammy taste.

Can be teamed with: Blue cheese, grilled meat, burger, and fruits 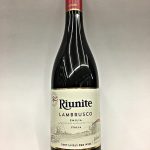 One of the sweetest types of fruity red Italian wine, the taste differs according to the varieties. Lambrusco di Sorbara is delicate and floral. In contrast, Lambrusco Grasparossa is creamy, with the taste of blueberries and black currant being prominent. Besides the sweet variation, a dry, full-bodied variety of wine can also be produced from Lambrusco grapes, having strawberry notes alongside a bitter finish.

Can be teamed with: Lasagna, sausage, grilled meat, pizza, and burger 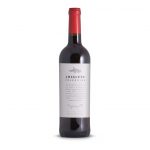 Made from the black Tempranillo grapes, originating in Spain, it is fruity and fresh when young, while the old varieties have a tobacco-like, intense taste. This medium-bodied drink has a moderate amount of tannin present. It has a low acidic and sugar content and is often blended with Cabernet Sauvignon, Merlot, Grenache, and Graciano, the outcome being a bright, acidic wine.

Can be teamed with: Tacos, nachos, pizza, lasagna, and barbecue grilled-meats 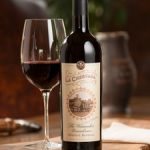 An Italian wine, made from Barbera grapes, has a dark color with a light taste, having the flavors raspberries, cherries, and strawberries.  The young ones have an aroma of blackberry. Being less acidic with a high amount of mouth-drying tannins, it teams well with fatty foods. The kind of oak used for maturation and fermentation has an influence on the taste of Barbera. Barrel-influenced ones are rich and round with notes of spice and plum, while wine prepared from older oaks has a cherry-like vibrant flavor.

Can be teamed with: Earthy mushroom pizza, meat, and cheese

The popular red wine types, as mentioned above, are also a part of several wine blends. For instance, the red Bordeaux blend consists of Malbec, Merlot, Petit Verdot, and Cabernet Sauvignon. The Super Tuscan, on the other hand, is a blend of Merlot, Cabernet Sauvignon, Syrah, and Sangiovese.