10 of the Best RumChata Drinks with Recipe

RumChata is a relatively new liqueur that originated in 2009 and became instantly popular. All the “secret flavors” of the liqueur, which come from six different countries, have not been disclosed; however, the basic ingredients are a blend of Wisconsin dairy cream and five-time distilled Caribbean rum. The manufacturers claim that they taste each pack, and then hand-bottle it. Since the alcohol content (ABV) of RumChata is only 13.75%, many alcohol lovers prefer to drink it straight. 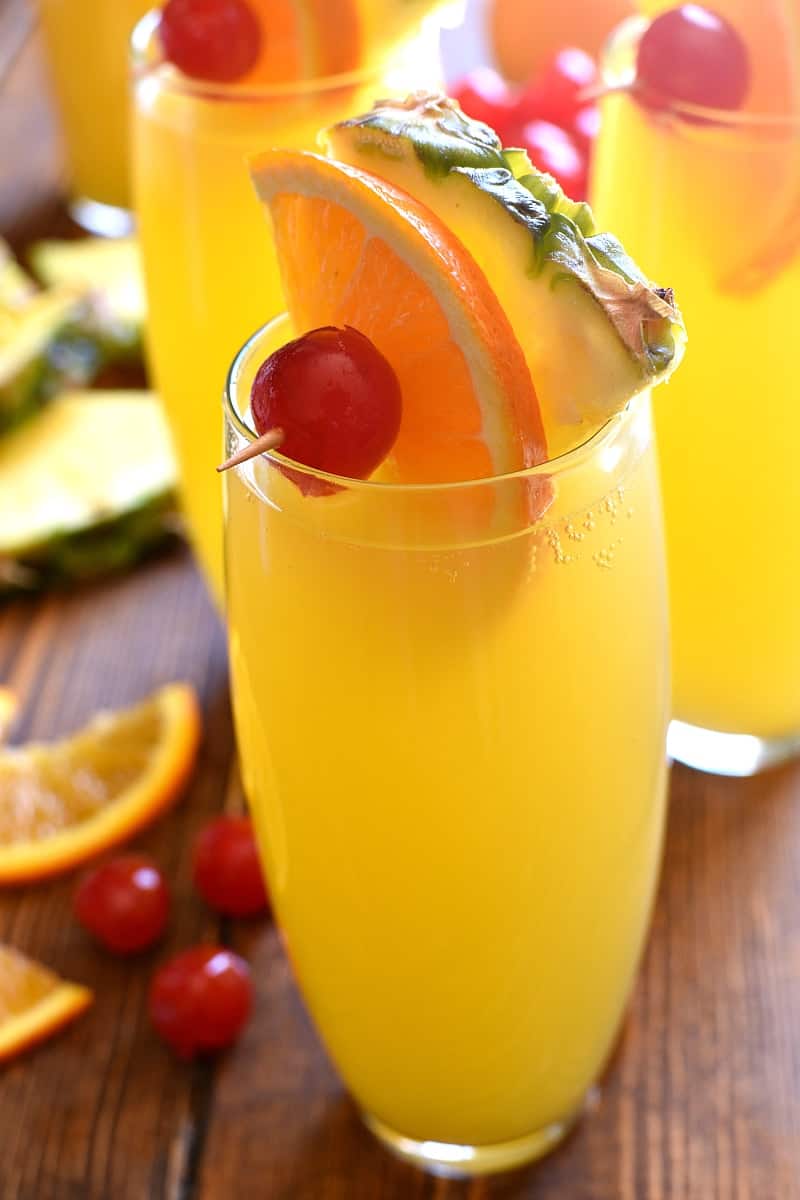 10 of the Best RumChata Drinks with Recipe

Here is a list of a few of the basic drinks to make with RumChata, and some good cocktail ideas, along with their names and ingredients.

How to Drink RumChata: Homemade Drinks and Cocktail 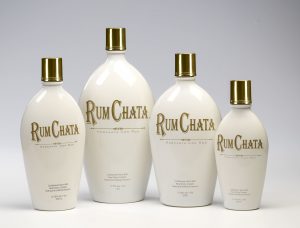 This RumChata and Fireball drink name is ‘Cinnamon Toast Crunch’. To make it, shake equal quantities of chilled RumChata and Dr. McGullicuddy’s Fireball Cinnamon Whisky vigorously. When done, strain into pre-frozen old-fashioned glasses over ice. Sprinkle cinnamon powder in each glass, and stand a whole cinnamon stick before you serve your guests. 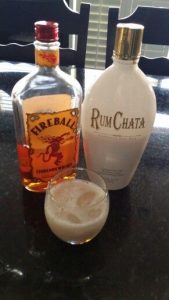 This homemade yellow-orange bar drink would be ideal for fall holiday parties like Thanksgiving or Halloween.
In a shaker, just combine ¼ parts of each of coconut rum (like Malibu) and pumpkin spice liquor, 1 part of orange juice and RumChata, each. Transfer the mix into wide glasses and serve with an orange garnish.
[Tip: If you want the yellowish hue of the fall, replace orange juice with pineapple, and if you want it reddish, go for strawberry or tomato.]
Alternately, you can also make the ‘Rumchata Colada’, with a little variation. For that, replace the pumpkin spice liquor with cream of coconut, the orange juice with that of pineapple, and mix everything together in a blender. 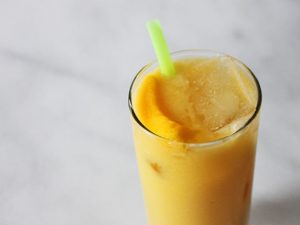 Shake together 1 part of each of vanilla vodka, banana liquor and RumChata and a handful of ice cubes. Now, smear the inner walls of pre-chilled martini glasses with Nutella chocolate spread, and pour the mix slowly. Finally, garnish with a slice of banana and a pinch of cinnamon powder before you serve. 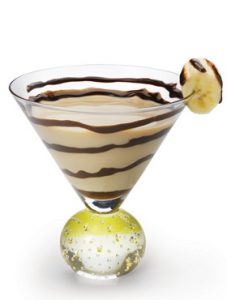 Combine 1 part of each of RumChata and Fireball into shot glasses. Top with whipped cream and a pinch of cinnamon powder. Now gulp down. 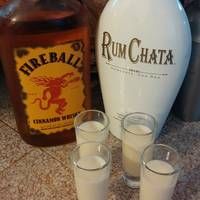 Just mix 1 part of caramel vodka with 2 parts of RumChata in a jug. Now, arrange shot glasses rimmed with table salt (or any other salt, as per taste). Carefully pour the mix into the glasses and shoot in.
[Tip: If you want it quicker, do not rim. It would still taste great if you lick the salt and then shoot in.
Also, for a b/w layered shot drink, replace the caramel vodka with Kahlua or tequila, and layer with RumChata in the ratio of 1:1.] 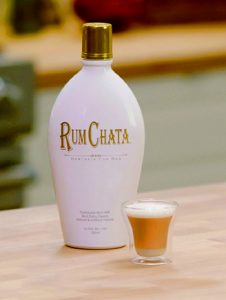 This frozen iced drink is ideal for Easter, and takes a little time before it is ready to serve.
In a large bowl, beat together ½ cup of milk, premixed eggnog, and RumChata, each, with 1 small pack of instant cheesecake pudding mix. While mixing, keep adding 8 oz of Cool Whip, gradually, until well-combined. Now, with the help of a large spoon, transfer mixture into shot glasses, and keep them in the freezer for 2-3 hours. Top with a small scoop of vanilla ice cream before you serve. 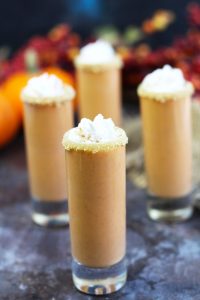 To make this refreshing summer drink, you need to mix 2 oz of vodka, ½ oz peppermint schnapps and ¾ oz RumChata Cream Liqueur in a shaker, and strain into cocktail glasses over ice. Top with whipped cream and a mint sprig while you serve.

Take 1 pack of hot chocolate mix (per head), and make the hot chocolate as per the instructions. Now, for the Xmas winter morning drink, transfer the chocolate drink in a large mug, and then pour 1 oz of each of RumChata and Bailey’s Irish Cream to it. Stir a little. Finally, add a dash of spiced rum (like Captain Morgan) from the top, followed by some whipped cream. Sprinkle 2-3 pinches of roughly crushed Andes Mint chocolate as a garnish. Serve it warm or smoking hot in a cup.
[Tip: If you prefer coffee, substitute the chocolate with the same amount of coffee mix. In that case, you might want to omit the choco-mint garnish, or replace it with coffee powder and/or crunchy caramel.] 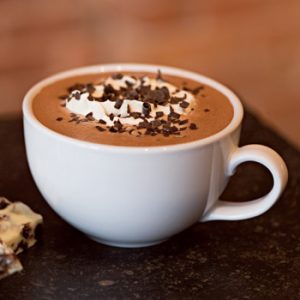 Arrange shot glasses and pour 1 part of each of RumChata, Jagermeister and root beer (or any other fizzy soft drink like club soda or Coke). Your shots are ready. 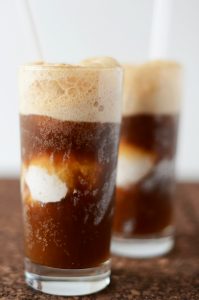 Mix 1 part of each of RumChata and gin, with ¾ part of chilled milk and cherry juice. Optionally, you can garnish with a few red rose petals before you serve.

So, that’s our list! Now that you’ve got the answers about this relatively new but popular cream liqueur, how to make the cocktails, and what to drink with it, startle your friends anytime, inviting them to your place for a wild surprise party!