Brussels sprouts are delicious, green, leafy vegetables that are accumulated together to look like a sprout. They belong to Gemmifera group of cabbages and are categorized as a cultivar. They can be easily identified as miniature versions of cabbages. 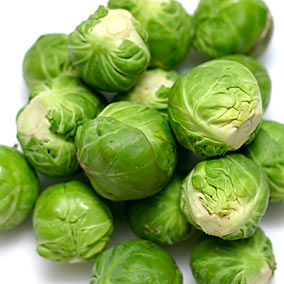 It is full of nutrients and is remarkably healthy for the body. It has been used in various culinary preparations all over the world since hundreds of years.

Brussels sprouts are known as Bandagobi in Hindi, Kelakos in Tamil and Coles de bruselas in Spanish. 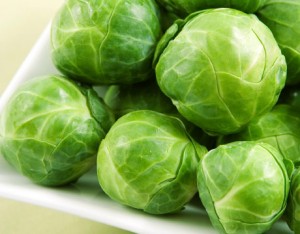 This nutritious vegetable tastes and loks great, as well.

Color: The fresh ones are bright and light green colored.

Shape: The sprouts are round.

Size: Their diameter varies between 2.5 and 4 cm.

Taste: They taste sweetish with a crunchy texture.

They might have originated in Belgium. This vegetable is grown in Netherlands, Germany, the United Kingdom and Canada.

Read the nutritional value contained in every 100 gm of these sprouts. 1 sprout contains 8 calories.

Being such a nutritious vegetable, Brussels sprouts are extremely beneficial for the health.

Digestion and Diet – Every cup of this vegetable has 4 gm of dietary fiber. The fiber prevents constipation, aids in digestion and checks low blood pressure level. The high fiber content controls hunger pangs and, thus, keeps from over-eating. It also protects the stomach lining by preventing Helicobacter pylori from over-growing, which encourages gastric cancer.

Vitamin K – These sprouts have a high amount of vitamin K in them. It improves bone health, promotes nerve and brain functioning, as well as prevents hardening of the body tissues due to calcium deficiency.

Vitamin A – This vitamin content improves the bone and teeth health, enhances body immunity, prevents the urinary stone, as well as fights against macular degeneration and cataract of the eyes.

Folate – This property is crucial for the biochemical event called methylation cycle in the body. It also suppresses the amino acid which encourages heart diseases.

Inflammation – These sprouts contain Glucobrassicin that resists inflammation on the genetic level. The vitamin K property is also highly effective in maintaining the inflammatory responses in the body.

Anti-oxidants – Many highly beneficial anti-oxidants like vitamin A, C and E are present in this vegetable. It also contains mineral manganese, quercitin, kaempferol and isorhamnetin, which protects the body cells against oxidative stress.

Like most other sprouts, Brussels sprouts also can lead to digestion problems if over eaten. If anyone is allergic to vegetable that belong to the group of cabbages, then he should strictly avoid eating these sprouts, as well. 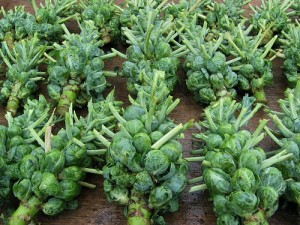 It is, usually, recommended eating Brussels sprouts during pregnancy and lactation as it is full of nutrients and minerals. Vitamin A, C and K, iron, magnesium, potassium, fiber, manganese and folate content in the sprout can be beneficial for a healthy pregnancy and uncomplicated delivery of the baby.

How to Cook Brussels Sprouts

Discolored leaves and stems should be removed before washing the sprouts. To get its best taste and nutritional enhancement, cut it into small pieces and let it be for 5-10 min and then cook.

There is not much use of this vegetable apart from its edibility.

It is rarely eaten raw and is cooked into many dishes across the world.

This sprout has been used as a poultice in some traditional medical treatments since ancient days.

Many people wonder how to cook Brussels sprouts. It can be made in to various dishes. 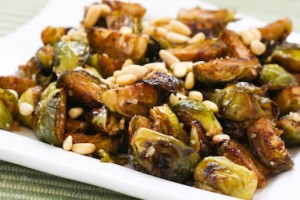 They are available in the market throughout the year. Their peak season is between autumn and spring.

Store the Brussels sprouts in a plastic bag and keep it in the fridge, without washing or trimming. It can be stored till about for 10 days.

Know some fascinating facts about Brussels sprouts, in here.

See the pictures below of fresh, green Brussels sprouts. Identify the fresh ones in the market next time and do not buy the yellowish, stale ones. 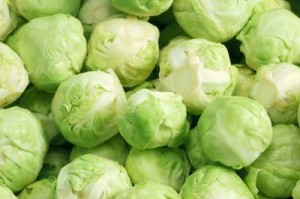