Radish is an edible root vegetable. It belongs to the Raphanus genus and Brassicaceae family. It is grown throughout the world. There are many varieties of this vegetable, differing in shape, size and color. Read all the details about this amazing root vegetable in the article below. 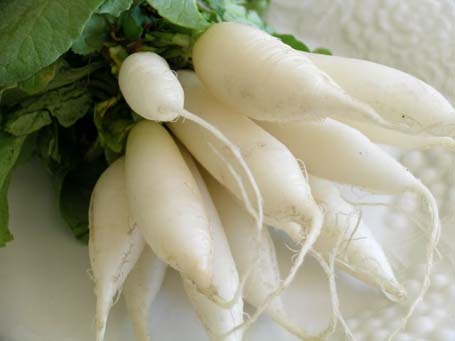 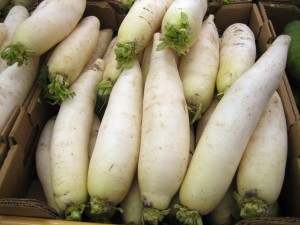 Find the physical description and taste of radish.

Color:  Skin of this vegetable varies in color in its different variety. The flesh inside is always fresh white.

Texture:  This root vegetable has a watery, crunchy and slightly fibrous texture.

Smell:  It has no smell of its own.

Taste:  Taste of this vegetable can be compared to that of Jicama but devoid of the sweetness. It tastes slightly bitter.

Leaves:  The leaves of this root’s plant are partially divided into sections. These leaves are rough in texture and the outer ones are broader and bigger than the rest of the inner leaves.

Flowers:  The beautiful flowers bloom in different colors such as pale purple, white, etc. The raceme has approximately 30 flowers. The pedicels are covered with bristles. Each of the bristles is about 1 to 2 cm long. The sepals measure between 6.5 and 10 mm.

Seeds:  The seeds are edible and spicy in flavor. Some of these plant varieties are specially grown for these seeds only. They are crunchy and hot.

The first word of the scientific name of radish literally means “fast appearing” in Greek language. The name had been given referring to the speedy germination of the plants of this root. The common name of this vegetable has originated from the Latin word “radix” which means “root”.

This root vegetable hails its origin from China. It is evident from ancient Egyptian records that radish had been a very popular edible vegetable in there. The high value of this vegetable in Greece has been proven by the fact that gold imitations of radish were also made from valuable metals like gold. 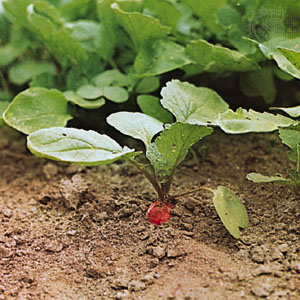 These root vegetables can be segregated into four main categories depending on their seasonal growth.

These radishes are planted in cooler climatic conditions and cultivated in the spring season.

This variety grows faster than the rest and is cultivated within 3 to 4 weeks of planting.

This variety is cultivated in winter. These radishes are commonly referred to black radish.

This name is referred to a huge variety of Asian radishes that grow in winter. It is also called Chinese, Japanese and Oriental radish. These radishes have long and white roots.

The Sakurajima Daikon variety tastes pungent and hot. It usually grows up till around 10 kg. It can grow till 30 kg if not cultivated and left undisturbed under the ground. 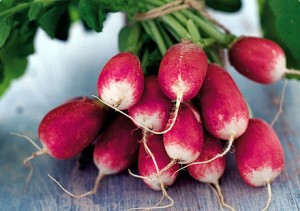 Given below is the nutritional information in every 100 g of raw radish.

Though the taste of radish is not much prominent or delectable but the health benefits of eating this root vegetable are highly valuable. 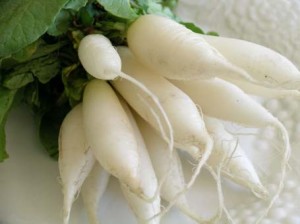 Though the root is the main vegetable considered of the radish plant but the flowers, leaves and young pods are also edible. The leaves are widely eaten in many mixed vegetable and salads. Radish is eaten raw as well as cooked. 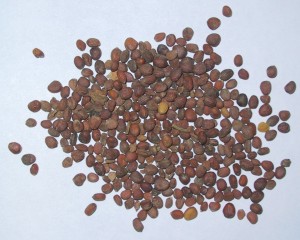 Radish is eaten in many forms around the world. They are eaten raw, cooked, pickled and in India this vegetable comes in special recipes.

This root vegetable is very nutritious and relatively safe to consume by most people. Be further safe by avoiding eating or consuming radish in any form under the following circumstances.

Being an edible root vegetable and extremely nutritious thus being beneficial for health, radish is obviously eaten around the world. But this vegetable has many other uses apart from its edibility. 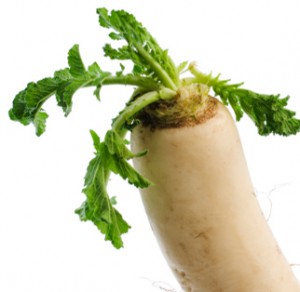 Here are some fun and interesting facts about radish.

See the pictures below and find out how the different varieties of radish look. 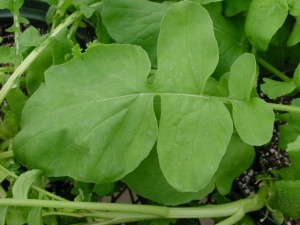 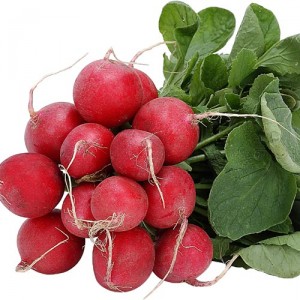