What is a snake gourd?

The snake gourd is an elongated, green, narrow fruit native to India. Its snake-like, coiled appearance results in its name. Because of the several nutrients it has, the fruit is eaten as a vegetable mostly in its unripe form. 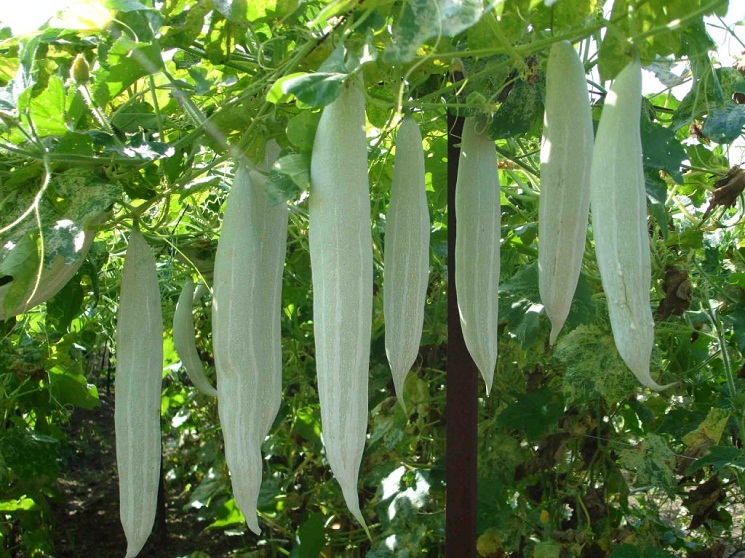 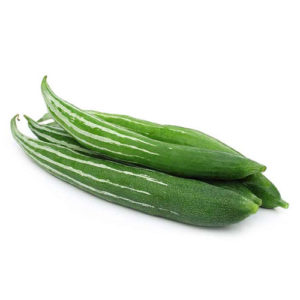 Also known as Chinese Cucumber, these slender gourds have a waxy exterior, striped with a lighter shade of green or even white.

Mostly eaten in the raw form, the ripe ones turn orange while the matured gourds are red. Apart from the vegetable, other edible parts include the leaves, shoots, and tendrils.

The fruits contain ovoid, flat and soft seeds that become larger and hard once ripe, much like other gourds.

They are often known to grow to a height of about 150 cm and a thickness of 8 cm.

The thick and juicy flesh of snake gourd tastes like the typical cucumber. However, on ripening, it turns considerably bitter. 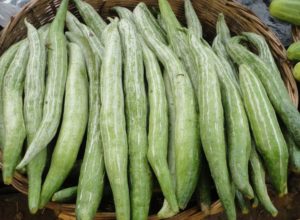 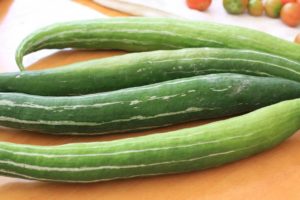 Given below is the nutritional information for 100 grams snake gourd:

Health benefits of snake gourd: What is it good for

Consumption of snake gourd is beneficial for those suffering from various cardiac problems such as palpitation, pain and blood pressure. Its potassium content improves circulation, thereby relieving the pressure on the cardiovascular system.

The low calorie vegetable with minimum sugar content and a low glycemic index is a healthy dietary choice for those who have Type 2 diabetes, lessening the effects of the condition. 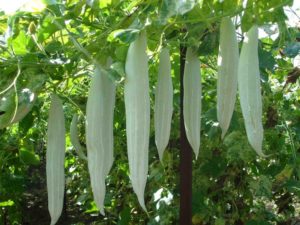 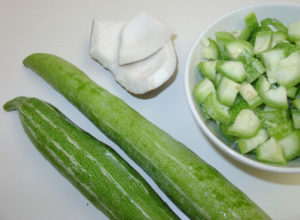 Due to its diuretic properties, snake gourd is beneficial in flushing toxins from the body. It helps to enhance liver function, increases the creation of bodily fluids and consequently facilitates the expulsion of toxins by way of urination. Including it in your daily diet assists in promoting healthy functioning of the bladder as well as kidneys.

Due to its high vitamin, mineral, moisture and antioxidant content, snake gourd promotes healthy hair, scalp, and skin by keeping it hydrated.

The fat-free nutritious green vegetable with its high moisture content is a good dietary option to keep one’s weight in check.

The combination of Vitamin C, antioxidant carotenes, and antibiotic properties along with a plethora of other nutrients like manganese, zinc, folate, and magnesium present in the vegetable significantly contribute to strengthening the immune system and boosting one’s overall health.

Can snake gourd be bad for you?

While there are no ill-effects of snake gourd as such, over consumption of the same may lead to stomach problems alongside a few other minor issues.

While small quantities of the low-calorie vegetable will prove beneficial for both the mother and the fetus, care must be taken not to consume high amounts of snake guard so as to avoid any damage to the fetus. 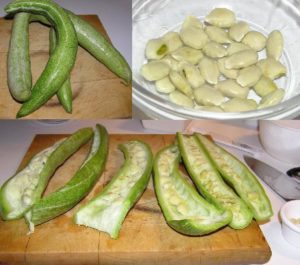 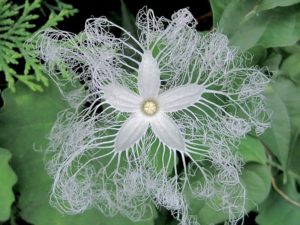 What is snake gourd used for

How to prepare and cook snake gourd

How to cut and slice

One of the best ways to cook snake gourd is to pan fry it for 60-90 seconds with spices like cumin, turmeric, and salt. Be careful not to overcook it, as it may strip the vegetable of its many nutrients. 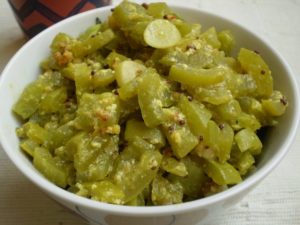 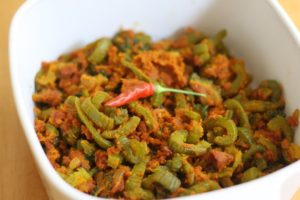 Pack your fresh gourds in an airtight container or a plastic bag and store it in a cool and dry place.  In the summer months, it is preferable to store it in the crisper of your fridge in a loose bundle.

Snake gourds are easily available in Asian grocery shops mostly between April and October, when they are in season. You can also buy them online.

How to pick fresh snake gourds

Pick snake gourds that are firm, with its color ranging from light to dark green. Do not buy them if they seem puffy or dented and moist, or have started to turn yellow and wrinkly on the tips.

While zucchini and summer squash are the best substitutes for snake gourd owing to the similarity in taste and texture, ridge gourd, bottle gourd and raw pumpkin may also serve as an alternative. 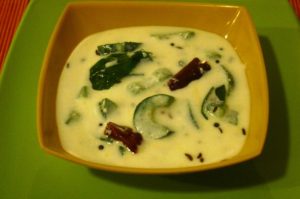 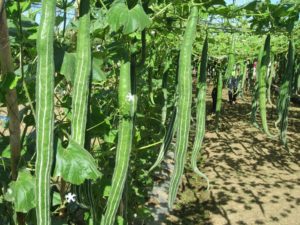