Peanut oil is the oil that is extracted from peanuts. Various methods can be used to extract the oil. This is used in cooking as well as non-edible commercial purposes. It is available in various forms, such as – unrefined, refined, double refined, roasted varieties and cold pressed. It is a very healthy medium of cooking oil. Care needs to be taken while buying this oil because sometimes it is also mixed with other cheap oils. To know the qualities, uses, properties, benefits, side effects and every other minute details of this oil please read the following article. 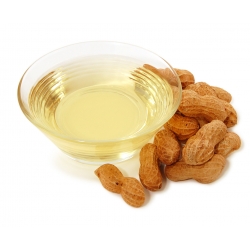 The nutritious and beneficial peanut oil is not only healthy but also tasty. Find out its physical description below.

Color: It is amber yellow colored.

Density: It is mildly thick but without the sticky factor.

Taste:  This oil has a sweet, nutty flavor of its own, owing to its origin.

Peanut oil is available all over the world in all major departmental stores, after bearing its origin in South America. But this oil finds its use majorly in Chinese, Southeast Asian and South Asian cuisines. 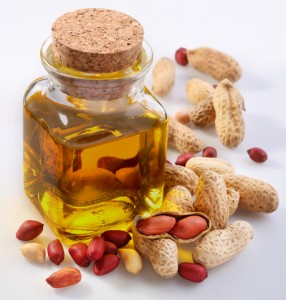 The primary fatty acid properties of peanut oil are

During the World War II peanut oil became popular in USA. Other vegetable oils were scarce that time and thus this oil came into vogue.

This oil is used in cooking. It is also eaten raw in salads.

Peanut oil should be stored in air tight container and kept in some dark, cool and moisture-free place. Freshness of the oil increases if these conditions are maintained properly.

Peanut oil usually has a shelf life 6 months, even if not taken proper care of. But it can last up to 9 to 12 months if the storage condition is under good care.

Though peanut oil is usually not made at home but still it can be made if the right ways of extracting the oil are known.

Let us find out the nutrition content in every 100 gm of peanut oil.

Peanut oil not only adds a little wonder to the taste buds but also serves the health better. Find out how is this oil beneficial for our health.

This oil is widely used in cooking around the globe in many cuisines and forms.

Though peanut oil is one of the healthiest medium of cooking oil but still it might have a few negative effects on some people. In case of any allergies or inconveniences due to oral or any other way of consumption of this oil, immediate medical attention is suggested.

Unless the expecting woman is not allergic to peanut or any other kinds of nuts, it is perfectly safe for them to consume peanut oil during their pregnancy and nursing period.

But doctor’s advice is strongly suggested before consuming it or if starting to consume it during this period for its health benefits. 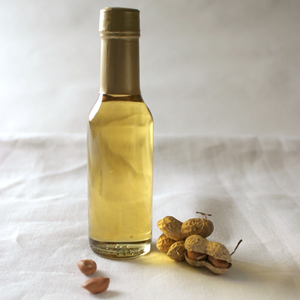 Peanut oil is a popular medium of cooking oil due to its health benefits. Apart from being used in cooking this oil finds its purpose in many other ways to human life.

Peanut oil is one of the less fat containing vegetable oils. It can be substituted with soy oil or olive oil.

Basic difference between peanut oil and olive oil are given below.

Read some of the lesser noticed fun and interesting facts about peanut oil.

See the crystal, golden and shimmering peanut oil in the picture below. 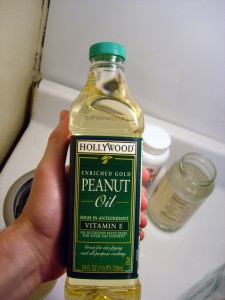