What is Corn Oil?

Corn oil is basically the oil that is drawn out from the germ of a corn. 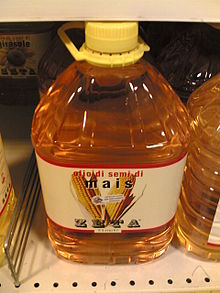 Refined corn oil is universally used as a type of frying oil due to its high smoke point. It is also popularly referred to as maize oil. A bushel of corn yields about 1.55 pounds of corn oil.

Despite from cooking corn oil has a many other uses as well. It makes a significant contribution as a feedstock in bio-diesel. It is also used in many pharmaceutical preparations as well as industrial products.

You will find that corn oil prices are generally lower than other vegetable oils.

Corn Oil started to be used as commercial cooking oil in the year 1898 and 1899. The corn oil machine invented by Theodore Hudnut and Benjamin Hudnut belonging to the Hudnut Hominy Company of Indiana, was used for the extraction of corn oil during that period.

Refined corn oil is primarily composed of 99 % triglyceride.  However it has certain proportions of saturated and unsaturated fatty acids which are as follows:

The saturated fatty acids are further consists of the following: 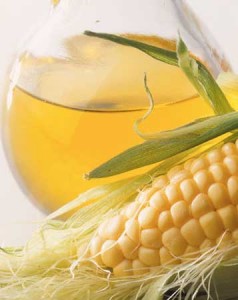 Polyunsaturated fatty acids are considered to be a threat as they comprise of Omega 6 and Omega 3 fatty acids. The composition is as follows:

Where to buy Corn Oil?

Refined corn oil is always available in health food stores all over the world. This oil is available in markets throughout the year that includes all seasons. It is recommended to buy corn oil in small bottles in order to adhere to limited use.

How to store Corn Oil

You are recommended to store corn oil in glass bottles that are preferably dark. The oil should be preserved in cool temperatures and should be prevented from direct sunlight.

How long does corn oil last?

You know the corn oil is consumable as long as it is clear and it does not emit a pungent sour smell.

The procedure of corn oil production is enumerated below.

Corn oil is universally expeller pressed or mechanically extracted. Thereafter a solvent is extracted using alkane liquids like isohexane and hexane. This solvent evaporates from the corn oil; in fact the solvent is recovered and used again.

The corn oil is then subjected either to alkali treatment or to a process known as degumming. Sometimes both the methods are applied. Degumming refines the oil by removing all traces of phosphatides. The alkali treatment not only acts as an effective bleaching agent to remove the color, but it also tends to neutralize the free fatty acids present in the oil.

The process of refining gets complete with what is known as winterization and deodorization. Winterization results in removing the waxes. Deodorization involves subjecting the corn oil to steam distillation under vacuum at a temperature of 232-260 degree Celsius.

There are hundreds of corn oil suppliers and manufacturers who are easily available online. The Mazola Corn Oil and Wesson corn Oil are popular corn oil brands. In fact Wesson Corn oil can be used in place of turpentine, to remove oil paint stains from your skin.

The seasonal demand and supply of corn oil solely determines the price of the oil.

How to make Corn Oil?

Making corn oil at the comfort of your home can be a tedious process but at the same time it also is the best way to obtain natural corn oil. Before you proceed you must remember that you will find the oil at the tip of the corn. The following instructions are to be followed in the process of preparation. 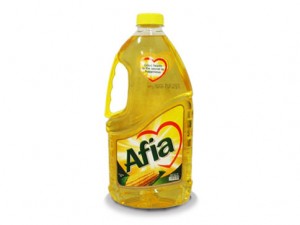 You can use corn oil for frying similarly like other vegetable oils. It is extensively used in preparation of margarines as well as for salad dressings. Corn oil also acts as a substitute for butter in baking.

Corn oil as a Bio-fuel

Bio- fuel is fuel made from corn oil that is extracted from corn plants. It is extremely environment friendly and affordable too.

Corn oil serves as a raw material that is used for biodiesel. In situations such as soybean crop failure, it acts as an efficient fill in.

Nowadays a number of power generators use corn oil fuel in the production of eco – friendly power.

Corn oil is very effective in when it comes to removing grease, paint, wax or ink.

Industrial use of Corn Oil

A variety of industrial products like valve, paint, soap, insecticides, inks and textiles are made from corn oil.

It is known that corn oil is extremely suitable for the hair coat of horses. In fact corn oil improves the quality of the animal’s hair coat.

Adding a small amount of corn oil to the daily diet of horses not only increases their weight but it also is a great energy booster for them.

Corn Oil belongs to a certain type of vegetable oil. Thus we can say that corn oil is a vegetable oil but all vegetable oils are not corn oil. Vegetable oil can be of many types. It is also obvious that each type will be attributed with properties that are slightly different form one another. These properties may include the melting point, flavor etc.

Research shows that density of corn oil tends to vary from 0.921 to 0.925 grams per cubic centimeter.

You can use safflower oil, sunflower oil, peanut oil as well as vegetable oil as a corn oil substitute. All these oils have a high smoke point like corn oil.

Corn Oil is extracted from the germ of a corn whereas the main source of canola oil is rapeseed oil.

Research has shown that refined corn oil has many health benefits.

Corn oil is proved to be useful in skin protection. The presence of linoleic acid which is mainly polyunsaturated fatty acid in corn oil brings good news for all those who dream of beautiful skin. Linoleic Acid is vital for the skin as it enhances the integrity of the skin membranes.

This very linoleic acid also boosts the production of icosanoids. The fact attributes corn oil with properties that are beneficial for cardiovascular, renal, gastrointestinal and reproductive functions. Corn oil also increases the immunity power and helps us fight diseases.

Corn Oil as a source of Vitamin E

Corn oil is said to be an excellent source of Vitamin E as it contains ubiquinone along with alpha and gamma- tocopherols.

A study conducted in the Washington University, St Louis shows that commercial corn oil contains phytosterols in minute amount. It is the presence of phytesterols that lowers the absorption of cholesterol. However after closer inspection and case study it was concluded that sterol free corn oil had cholesterol absorption capacity that was 385 higher than commercial corn oil.

The ratio of Omega-6 to Omega -3 that is present in Corn Oil is found to be 49:1. This ratio is way higher than the desirable ratio of 4to 1 or below. Several medical researches have proved that excessive intake of Omega-6 fatty acids and Omega – 3 fatty acids can increase the chance of acquiring many diseases as well as depression.

Corn Oil is known to have adverse effects on the liver. It also increases the probability of liver cancer if taken in high amounts.

Omega -6 fatty acids can prove to be extremely dangerous especially for those women who have entered the postmenopausal stage. The particular acid if consumed in high amounts can develop serious probabilities of breast cancer in such women.

Here are some images of Corn oil: 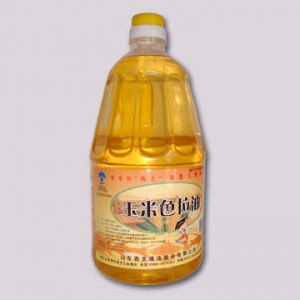