What is Mustard Oil?

The oil which is extracted from mustard seeds is known as mustard oil. There are 3 types of oil which is extracted, an essential oil, a fatty vegetable oil and one which is infused with base oil like soybean oil.  The fatty vegetable oil is pungent, made from the seeds and the essential oil is made by distillation. Pure mustard oil has a very strong aroma that can agitate the sinus. Though some western nations prevent its consumption, it is widely used in south Asian countries like India in cooking. 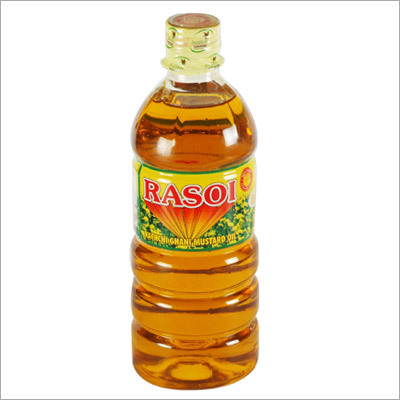 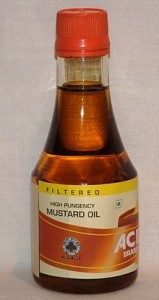 Color : Crude oil is dark brown but the refined one used for cooking is yellow in color.

Aroma : It has a very strong and pungent smell.

Taste : It has a hot and spicy taste.

Mustard oil is known as “Kadugu Ennai” in Tamil, “Aava Noone” in Telugu and “Sarson Tel” in Hindi.

Nutrition derived from 1 tablespoon of mustard oil is represented below.

Some benefits of this oil have been listed below.

Although it is banned in the United States for presence of erucic acid, it is edible in South Asian countries like India, Bangladesh and Pakistan.

No distinct medicinal uses of this oil have been found but it is an active ingredient used in naturopathy and other traditional treatments. 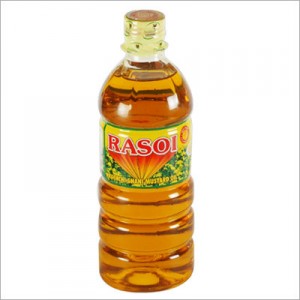 Indian cooking is replete with aromatic spices and mustard oil. Some of the names of recipes prepared with it are:

Since ages, women have consumed mustard oil in such conditions but some irritation might occur in rare cases for which it is best to consult a physician before consuming it or externally applying it.

Allergies may occur in sensitive individuals those are allergic to certain food. Careful consumption does not lead to any serious consequences but the mucus membrane can be agitated in some, for which care should be taken.

As a substitute, mustard paste can be added to the dish.  Apart from that, canola oil or sunflower oil might also be considered as alternatives.

Some studies conducted on rats revealed that erucic acid, which is a component of the oil makes it unsafe for human consumption. As a result of which it was banned in Canada, European Union and United Sates as cooking oil limiting to only external usage. More recent studies have revealed its benefits, which make it superior than many other forms of cooking oil. High quality mustard oil has less saturated fat and can also reduce cholesterol. Hence, it can be consumed in moderate quantities.

Where to buy Mustard seed oil?

Take a look at some of the images of mustard oil listed here. 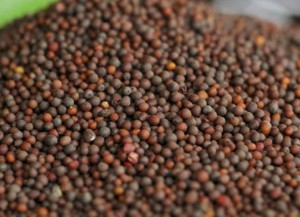 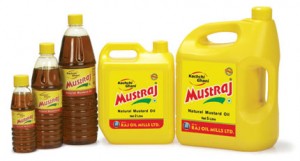