Anthemis nobilis is a perennial plant living for more than two years. Common names of these plants include Roman Chamomile, Garden Chamomile and Ground Apple. Anthemis nobilis is principally found in different regions of Europe and North America. These herbal plants and their Daisy-like flowers are used in different cuisines as well as in cosmetics. The essential oil extracted from the flower heads of these hardy perennial plants also has many uses. 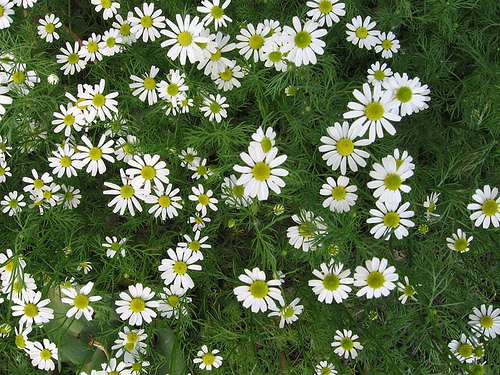 The scientific name for these plants is Anthemis nobilis.

Anthemis nobilis has been used by humans for over 2000 years. The Egyptians, Saxons and Moors used these plants for various purposes. They were used in alchemy during middle age. They were also used as a strewing herb to add refreshing aroma to buildings and rooms and to repel pests.

These evergreen perennial plants are quite beautiful. 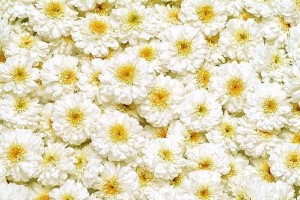 Size: These plants grow somewhere between 8 inches and 12 inches in height.

Stem: The stems are creeping stolons growing at the surface of the soil interconnecting one plant to another.

Leaves: The leaves are pinnate with small leaflets growing in opposite directions from each other on each side of a central stalk. The Roman Chamomile leaves form a thick green ground cover.

Flowers: Each yellow and white flower head is composed of two different kinds of flowers – a yellow disk flower and white or cream ray flower.

Fragrance: Anthemis nobilis plants have a sweet and fruity fragrance.

These herbal plants are natives to Europe. However they are found in many regions of North America and also in Argentina.

It is quite easy to grow these plants; however, it is important to sow the seeds at least 18-20 inches away from the main flower and herb garden during spring. They keep their neighboring plants free from pests and diseases.

Sunlight: Plenty of sunlight is essential for the proper growth of these plants.

Water: Regular watering is necessary to keep the soil moist. However, care should be taken to prevent accumulation of water.

Fertilizers: Using plenty of compost and applying fertilizers every five to six weeks help in the growth of these plants.

Harvesting of the flowers should be done immediately after blooming as they start to lose flavor once their color starts to fade. One can collect the fresh leaves when required.

Oil is extracted from the flowers of these plants. The light blue oil has watery viscosity with a sweet aroma resembling apples. It has antiseptic, antibiotic, anti-inflammatory, analgesic, anti-depressant, anti-spasmodic, anti-infectious and anti-neuralgic properties. This essential oil is used in various therapies and cosmetic products. The calming properties of this oil are effective in soothing digestive and nervous irritation.

Oil extraction is done following the steam distillation process of the flowers of the Anthemis nobilis plants.

These medicinal plants have many health benefits to offer. These Chamomile plants are effective as antibiotic, antiseptic, disinfectant and vermifuge. The essential oil extracted from these flowers is beneficial for hair and sensitive skin. The antispasmodic properties of these plants as well as the oil extraction help to cure abdominal aches.

The flowers, leaves and the flower extraction of these herbal plants contain anti-bacterial and anti-septic compounds making it highly nutritious for human health. The Roman chamomile tea is rich in carbohydrates, vitamins, calcium, magnesium, potassium, fluoride and calorie. 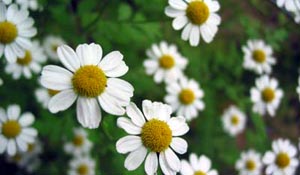 This herb has many culinary, medicinal and commercial uses.

The sweet apple-like aroma of this herbal plant makes it quite useful in kitchens around the world.

The medicinal properties of this herb make it a useful remedy for many health disorders.

This herb and its oil extraction have some other uses as well.

How to Cook Anthemis nobilis?

All parts of these herbal plants are used in cooking. Fresh or dried flowers are added to various dishes to increase their flavor. Fresh leaves and springs of the Roman Chamomile plants are also used as herb.

One can dry the flower heads of these small plants in order to store them. The flowers are washed properly and set to dry. Dried flower heads are stored in tightly sealed jars away from sunlight. The shelf life of this herb is more than a year.

There are a few things about these plants that are commonly unknown.

This herb is fairly harmless when consumed in moderate amounts with food or for medicinal purposes. However, it can cause some adverse health effects like vomiting if taken in large amounts. People who are allergic to herbs like marigold, ragweed and daisies will develop allergic reactions to this herb.

Here are some pictures of the beautiful Roman Chamomile herbal plants. 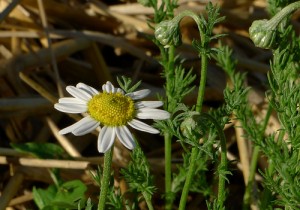 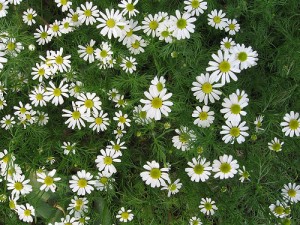 The Anthemis nobilis plants have an incredible history of being used by humans around the world for a very long period of time. However, time has not been able to diminish the popularity of this herb; instead its uses and applications are increasing with it.