Yellow pepper is a distinct variety of the bell peppers, having diverse colors and aroma. This is botanically a fruit but treated as a spice in various cuisines all over the world. Yellow peppers are rich sources of vitamins and essential nutrients. They are commonly called capsicums and are striking yellow in shade with a glossy exterior. These spices belong to the same family to which eggplants, potatoes and tomatoes belong. 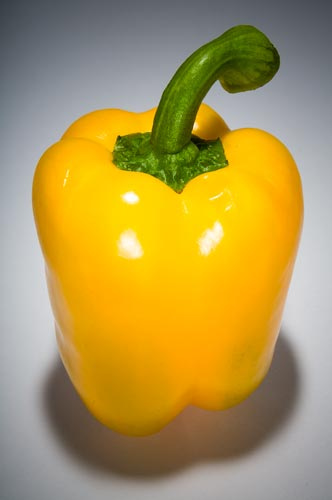 They are scientifically known as called capsicum annuum.

Chemical compound in these peppers are somewhat mellowed and they have a titillating aroma and taste. Some of its attributes are:

Taste: They have a sweet taste when they are ripe.

Aroma: Its fruity essence is quite enticing. 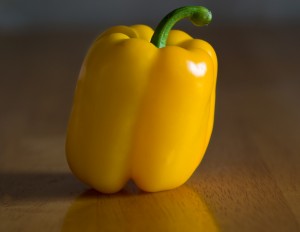 These sweet peppers have originated from Mexico, North and South America in addition with Central America. They, however, got introduced to Europe, Africa and Asia in the late 15th century and are largely grown in these parts of the world now.

Since thousands of years these peppers have been used regularly in many cuisines round world. Earliest records suggest the predominance of these spices in Mexico and Central America. It slowly spread elsewhere other than these areas.

It was called pimiento in Spanish but was named pepper by Christopher Columbus. Gradually it got introduced to Europe and other continents.

These yellow colored peppers are rich in nutrients from Vitamins to fiber. Some of its nutrients are Dietary Fiber, Vitamin A, Vitamin B3- Niacin, Vitamin B5- Pantothenic Acid, Folate, Protein, Copper,- Manganese, Calcium, Iron, Thiamin and Steroidal Alkaloidal Glycoside. They have a very high concentration of Vitamin C which surpasses even the citrus fruits.

It is widely cultivated all over the world as varied climatic conditions suit their growth. They are better grown in warm climates. Frosts can be fatal to their growth.

Soil: They grow well in soils that are close to being neutral if not completely neutral. Ph within 7.0 suits them fine though they can also grow in soil having little alkalinity around 7.4 to 7.5.

Soil should be supplied with organic matter which in turn enhances production. If it is followed up with mulching, it will help in the retention of moisture in the soil. 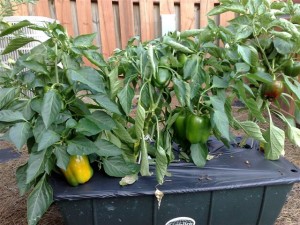 Care: Growing may take long time and in between it should be saved from chills during the nights. At this time it can be transported indoors.

Watering: It needs regular supply of water for growing but the soil should be saved from sogginess.

Harvest: Pluck the fruits as soon as the fruits become ready to be plucked so that they do not overburden the plant.

They are a great source of vitamins and minerals which is why they are regularly included in diet.

Yellow Peppers can be consumed in a number of ways, either like a spice or like snacks. 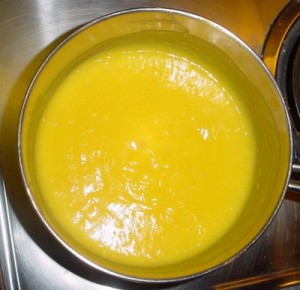 Yellow peppers can be stored after they are washed and their seeds have been removed. After dicing them in small slices they can be refrigerated for 25 to 30 minutes. Next keep them sealed in bags devoid of air to keep them fresh for 5 to 6 months.

As the yellow peppers are rich in folate, they are good for pregnant women who require regular dosage of folate. Folate is an important nutrient for nourishing the fetus.

Though there are no such known side effects of these peppers they can cause discomfort if taken in excess and during some ongoing medication.

Yellow peppers are natural cures for a number of ailments and they also keep the body healthy if taken regularly. Either they are eaten raw in salads or they are cooked in the form of vegetables. As spices they impart a unique flavor and taste to the food.

Some pictures of these plump yellow peppers are listed here. 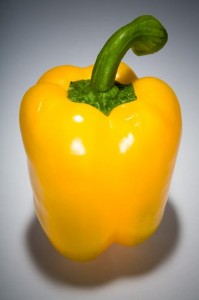 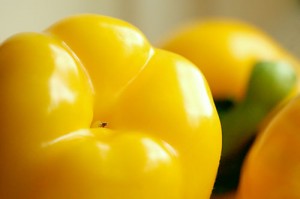