Shishito peppers are sweet varieties of peppers from Japan where they might have been introduced by the Portuguese travelers. They have a wrinkled appearance, which is why they are also referred to as Wrinkled Old Man Pepper. Shishito means Chinese Lion, which might have been named thus due to its hot taste. With time, the spicy taste might have got reduced by careful selection, resulting in the production of this sweeter variety. It can be eaten raw, steamed or sautéed, as it has a unqiue aroma and taste. 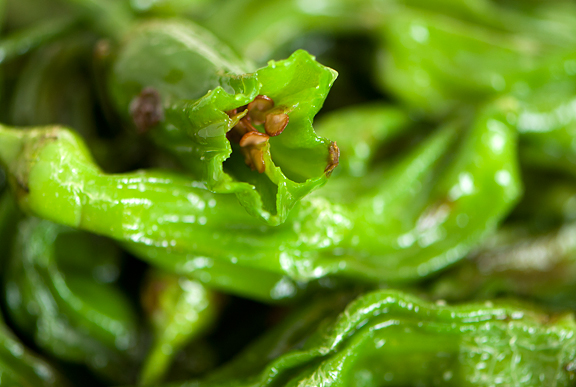 It is green till young and becomes red when it turns older.

Generally it is sweeter while some of the varieties can be spicy. Its taste is therefore quite unpredictable.

They are very flavorful when they are young with green exterior. 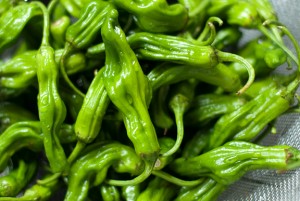 The shishito peppers can be grown in places where it gets the ideal habitat requirements. Often it is grown in pots instead of the backyard gardens where the climate is an issue. In Japan and East Asia it is quite common.

Being the miniature variety of a kind of Japanese Green Peppers, its origin might be traced to Japan. It has been very popular there and spread globally with the popularity of Asian cuisine.

For growing Shishito peppers, prepare a soil bed of sandy or loamy soils and allow it to blossom under full or partial sun. Let the frost pass and then cultivate the seeds else it won’t germinate. Dept of placing seeds is kept between ½ and ¼ inches. During the onset of summer or late spring is the ideal time for planting this vegetable, which matures in about 2 months. Be careful not to over fertilize the soil as it will lead to less fruit production. It is harvested in its green form before it becomes ripe.

Nutrition derived from 40 grams of shishito peppers has been listed below:

Peppers in general have anti-inflammatory properties and hence it can be conclude that these mild varieties would be beneficial to health in some way. 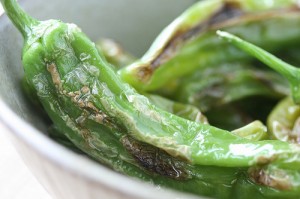 The entire fruit/vegetable can be eaten along with the seeds, as an appetizer.

Japanese cuisine uses shishito peppers in making tempura which is done by dipping them into a batter and frying them.

It can be made into a stir-fried.

It can be added to curries with other vegetables.

The leftover of the pepper can be added to omelets.

It can be made into snacks that are served with alcoholic beverages.

These can also be made into pickles.

Shishito peppers are not known to possess any medicinal benefits.

Tempura cooked with shishito peppers is one of the most popular recipes of this pepper. Apart from that some other recipes made with this pepper are:

These are simple yet nutritious recipes which titillates the taste buds in the mouth with their mild crunchy taste.

There are no visible side effects of the shihito peppers.

This vegetable can be bought from the specialty markets in NYC which lies close to Asian settlements. Apart from that in various other states in US too it is sold, majorly close to Japanese communities.

Look at the pictures to know this pepper. 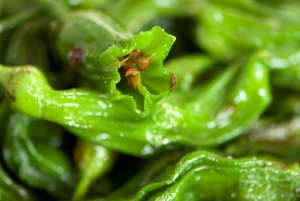 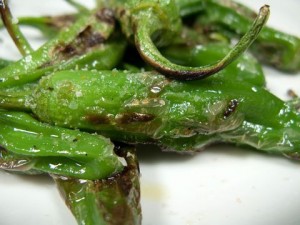