Ramsons, which is popularly known as Wild Garlic, belongs to the Amaryllidaceae family. This plant is sometime confused with Wild Onion. The most useful part of Ramsons is its leaves and flower petals. This perennial plant is grown as an herb in many countries. Gardeners grow Ramsons plant as a part of their vegetable garden. 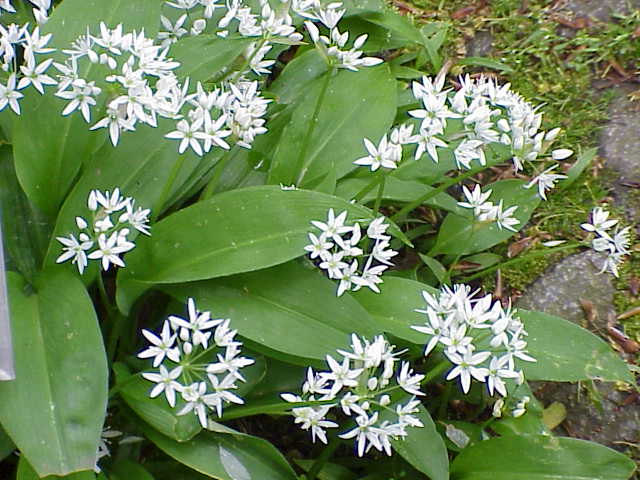 The Binomial name for Ramsons is Allium ursinum. 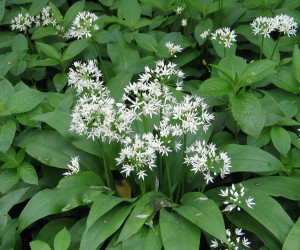 In its wild habitat, Ramsons grow in semi shaded woodlands, mostly under the shade of another tree. It can tolerate moist soil and slight acidic conditions. They have a knack to grow in a compact mass.

This fragrant small plant grows in most European countries, West Asian countries, Central and Eastern region of the United States.

Ramsons tastes like common garlic; strong and pungent, but it is more subtle than the regular ones.

The growing season of Ramsons generally starts from late January or early February to late May. Ramsons plant can cover the entire field where it is cultivated. This plant can co-exist with other plant. Here is a brief description of how this plant can be grown in your garden-

Harvest the plant by cutting the leaves from the plant as close to the ground as possible. Once it is harvested, this plant will grow naturally as long as it receives sufficient rain and sunlight. 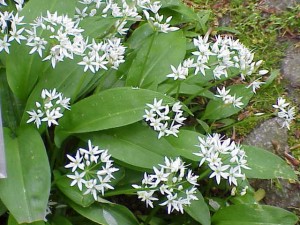 Ramsons is full of iron and vitamin C.

The leaves, flowers and bulbs of Ramsons are all edible. The taste of Ramsons is quite similar to common garlic, but milder. Raw leaves are used in salads. Chopped leaves are used in several cuisines. Like spinach, the leaves can be cooked in a similar manner. Ramsons bulbs are less popular in cuisines. Sometime the bulbs are used as caper substitute. Ramsons flowers are added as garnish in various dishes and salads.

The health benefits of Ramsons are quite similar to common garlic, but slightly weaker. Ramsons has antiasthmatic, anthelmintic, anticholesterolemic, antispasmodic, antiseptic, astringent, depuritive, cholagogue, diaphoretic, expectorant, diuretic,  hypotensive, febrifuge, rubefacient, stomachic and stimulant properties. It helps to reduce cholesterol level and blood pressure. It also helps in easing stomach pain. But people should avoid using it unless recommended by a doctor.

Some of the popular recipes made with Ramsons are-

How to Identify Ramsons?

There are several plants like Lily that looks like Ramsons and some of those are poisonous. Therefore one has to be very cautious before harvesting the plant. The leaves of the plant must be rubbed as it would produce garlic like scent.

How to Store Ramsons?

Ramsons must be stored in a cool and dark place till the time it is used.

Here are some interesting facts about Ramsons:

Here are some pictures of Ramsons: 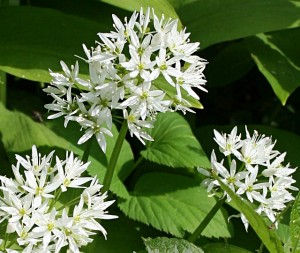 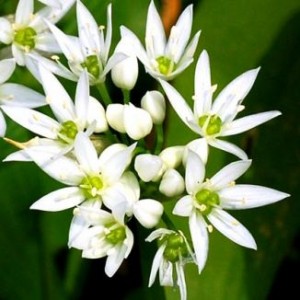