Podophyllum peltatum is a member of the Berberidaceae (Barberry) family having umbrella shaped leaves. They have originated from the woods in North America and spread across many states. Strangely enough, only the ripened fruits are edible. Raw fruits and leaves are poisonous for living beings. They have varied usages in medicine and food,since ages. 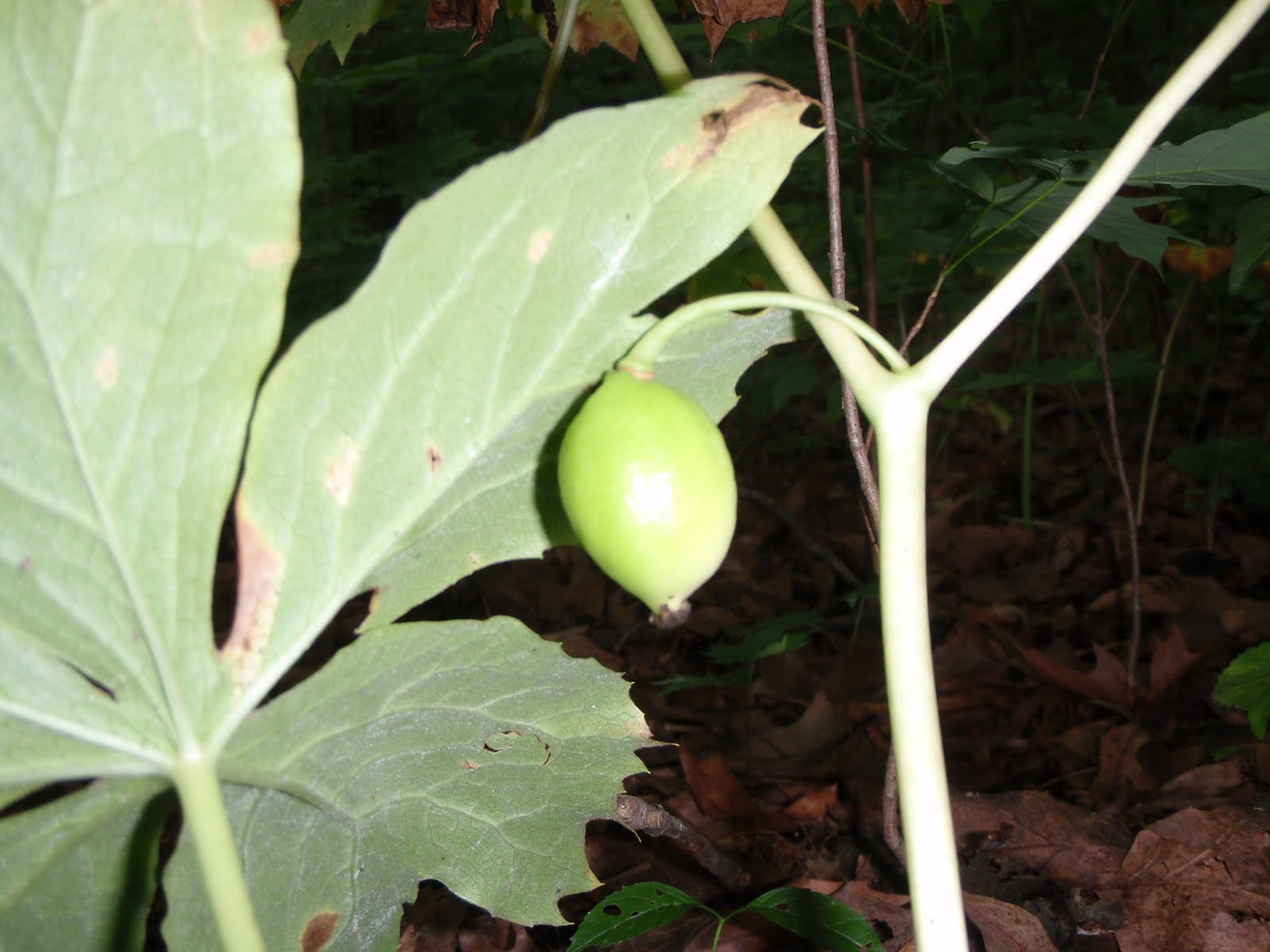 This poisonous plant yields fruits that are edible and they can be identified by:

Color: They assume lemon color when they are raw but later become a bit wrinkled and yellowish after ripening.

Aroma: It has a sweet fragrance, often resembling that of the wild lemon.

Taste: The pulp is a blend of sweet and acidic taste.

The plant is well distributed in Midwestern and eastern states of America including Georgia and New York. Northeastern Oklahoma and eastern Kansas also have a huge population of these plants.

This plant can be grown under following conditions:

Soil: It is best grown in rich loamy well-drained soil.

Sunlight: Partial as well as full sun, both are suitable for its growth.

Growth: It has a rapid growth in early spring when the weather is warm.

They can also be grown as specialty crops owing to their sustainability. Leaves of this plant are renewable, which is why they can be cultivated for commercial production. The plants can be grown in places where they receive ideal conditions of growth. Minimum care is required while growing it.

The fruits can be harvested once they are ripe, which usually happens around July or August. 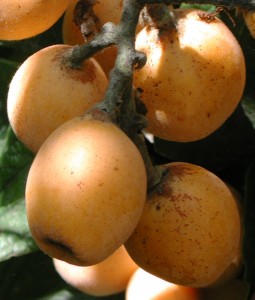 Fruits of this plant may not seem to indicate high nutritional value but several parts of the plants have been variedly used for several purposes.

Not much is known about its health benefits but scientists have discovered its cancer-preventing components, present in the form of lignans.

The fruit is the only edible part. Leaves and stem are highly poisonous often causing death.

Native Americans found the fruit useful for which they used it extensively for various purposes in their daily lives. A number of usages of mayapple in daily lives can be listed.

Thick roots of this plant help in preventing soil erosion as they keep the soil intact.

Overeating of the fruit is harmful as it may cause colic. Except the fruit pulp, the seeds, covering and the rest of the plant are highly poisonous for living beings. 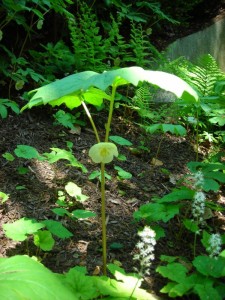 The fruit should be avoided during pregnancy to avoid discomfort.

some interesting facts are associated with this fruit.

Podophyllum peltatum has immense viability in the pharmaceutical market and it bears fruits that are commercially used in the preparation of jams. The plants display some unique physical characteristics that help in their identification.

Take a look at some of the amazing pictures of the fruit overshadowed by its leaves. 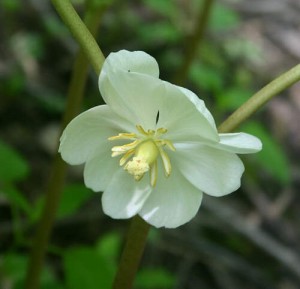 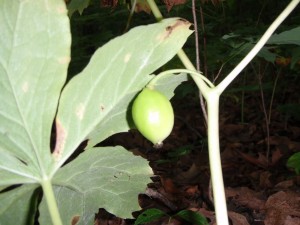