Long pepper or Indonesian pepper is a flowering vine and is mainly used as a spice. Nowadays, long pepper seems to be a rare ingredient in European cuisines, but still you can find it out in Indian vegetable pickles as well as in some North African spice mixtures.  Indian long pepper is derived from the wild plants and is reported to be cultivated at low elevations. 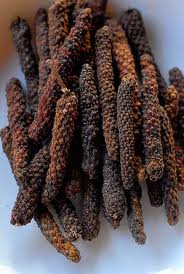 Here is the general description of long pepper.

Shape: The fruit appears to be ovoid, oblong, erect and blunt in shape.

Color: It is blackish green in color.

Smell: The smell is aromatic.

Taste: It tastes quite pungent. 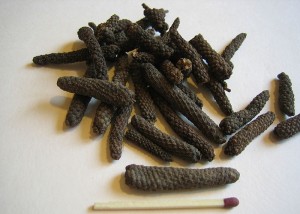 Mainly the fruit, root and stem of the plant are used for several purposes. The erected shrub of the plant has thick and jointed root stock. Numerous leaves are present in the whole plant and are dark green in color. The fruits are beneficial as they contain 1% volatile oil, resin, and alkaloids.

The nutritional value is not found but definitely it has many nutritious components and thus is eaten widely. 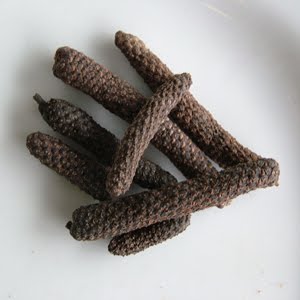 Long pepper has many health benefits.

Long pepper is a useful spice and is used for several purposes.

The plant is used for garnishing the garden because of its deep greenish look. 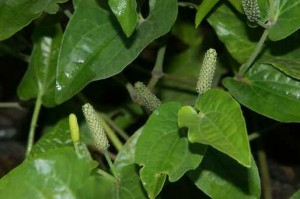 Pregnant women are advised not to have long pepper as it can affect their health badly.

There are prepared many alluring long pepper recipes

Here are some images of the long pepper. 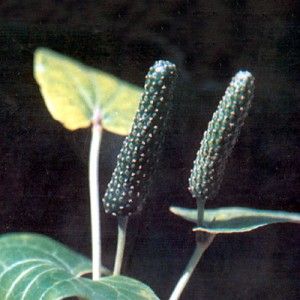