Pears are one of the most popular and delectable fruits. They are eaten throughout the world in many delicious recipes and fresh. 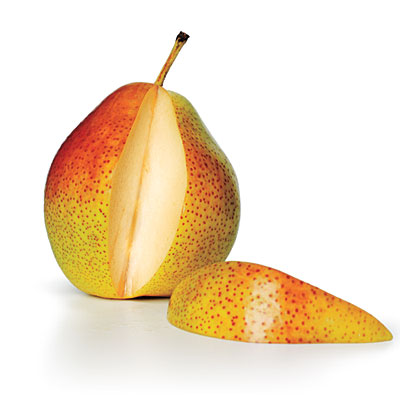 It belongs to the Rosaceae family and can be named to any of trees or shrubs that fall under the genus of Pyrus. They have edible and medicinal value. Sometimes, they are grown as ornamental plants.

Read about this nutritious and refreshingly delicious fruit, in detail, in the article.

These fruits taste as tempting as they look. 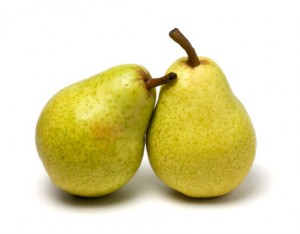 Shape: Pear has its own unique shape. Most of the varieties are plumper on the upper portion and narrower in the middle and also gently plum at the bottom. Some breeds are roundish in shape.

Color: Their color varies from pale yellow to clear green. Sometimes there might be reddish patches on the green skin.

Taste: It has a fibrous texture and tastes pungently sweet.

Smell: This fruit has a extremely mildly sweet essence.

Tree: The trees are between 10 and 17 m in height with a narrow crown. Some of the species are shrubby, as well. Most of them are deciduous, but some of the Asian breeds are evergreen.

Leaves: The plant has alternately arranged leaves which are glossy and green colored. They are broadly oval shaped.

Flower: The plant bears tinted yellow or pink or white flowers with 5 petals.

There are more than 300 types of pears that are cultivated across the world. We list some of them in here.

It is a highly nutritious fruit with the following nutritional value in every 100 gm of its raw form.

How many Calories are there in a pear?

Read about the benefits this fruit adds to the health. 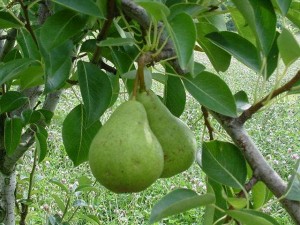 Weaning – Many doctors recommend pears during the weaning period of babies because it is low in acidic contents and easy to digest.

Less Allergenic – It is suggested to people who are extremely allergic to most of the edible things since it is less allergenic.

Healthy Pregnancy – The fruit is a good source of natural folic acid which prevents birth defects.

Cancer Prevention – Any high proportion anti-oxidant does a great job in preventing cancer. Pear is enriched with vitamin C and fiber which promote colon health. These compounds reduce the risk of colon cancer development.

Digestion – It is high in insoluble fiber content. This promotes good digestion.

Energy Increase – It contains glucose which is absorbed by the body when a person eats it, and the energy level is instantly boosted up.

Prevents Osteoporosis – Calcium content in pears help prevent and treat osteoporosis. Bone health is as important as any other health issue.

Immunity Booster – It is enriched with copper and vitamin C which boosts body immunity by fighting free radicals.

This is generally safe to eat, and it is extremely less allergenic. Yet if, anyone is allergic to any of the nutrients of this fruit, they should avoid it.

Pregnant women are often advised to eat pears because it is very unlikely for the body to react to this fruit. It would still be advised to consult for expert advice before consuming it.

The fruit is eaten in many forms, and even the tree is very useful for mankind.

It is available throughout the year in its native lands.

Pears should not be stored in a compact space with other food that has a strong smell. Do not pack them in air-tight plastic bags. Refrigerate them in open spaces and try to keep them as a whole.

This delicious fruit is made into many recipes at home and, also, for commercial uses. 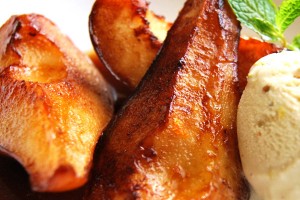 Read some interesting facts about pears.

Here are some pictures of tasty and nutritious pears. 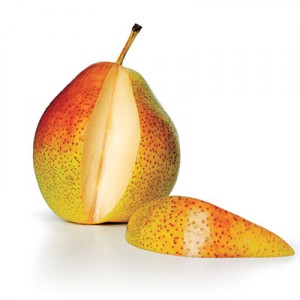 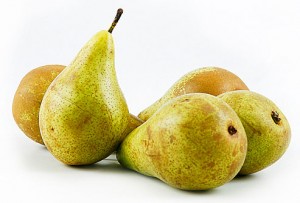