Marrubium vulgare is a herbaceous perennial plant native to different regions of Africa, Europe and Asia. It is commonly known as White Horehound or Common Horehound. These flowering plants from the Lamiaceae family are used for edible purposes. Decoction and tincture made from their leaves and flowers are also quite popular as folk medicines. The essential oil extracted from the leaves of these plants also has many uses. 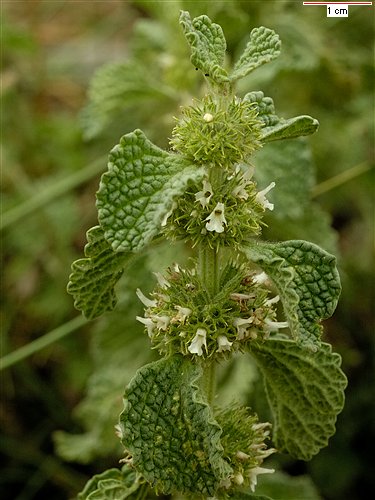 The White Horehound plants are better known by their scientific name Marrubium vulgare.

This medicinal plant has a long history of being used by humans; however, it has lost much of its popularity over the years. Ancient Egyptians dedicated these Horehound plants to the God of the Morning Sun Horus. Candies made from the extracts of these plants were one of the most popular remedies for cough and sore throat during ancient times. People also used the Marrubium vulgare leaves as a tobacco substitute.

They are sometimes considered to be a weedy species without much decorative value. 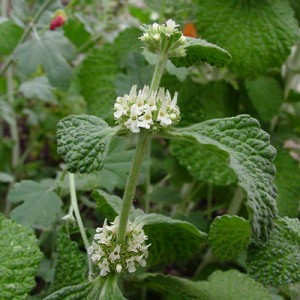 Stem: Their square stem is covered in short whitish hair. The stem often turns woody around the base.

Leaves: They have grayish and hairy opposite leaves with crinkled surface growing 2 to 5 cm in length. These roundish leaves are bitter with a strong aroma.

Flowers: These plants have small white flowers growing in clusters near the upper parts of the stem.

These herbal plants are native to Middle East, Europe and the Mediterranean regions as well as North Africa. They also grow in the south-eastern regions of Australia.

These perennial plants can be cultivated form seeds. The seeds should be stratified for at least 6 to 8 weeks if they are to be sowed indoors in pots. One can also sow them outside during fall. The seeds take somewhere between 1 and three weeks to germinate. The seeds should be provided with a temperature around 64 °F during night and 79 °F during day to germinate indoors. These herbal plants flower around early spring.

Soil: These self seeding plants prefer well drained alkaline and calcareous soils; however they also grow well in other types of soils.

Sunlight: They grow well in full sunlight as well as under light shades.

Water: Regular watering is necessary for their proper growth as these perennial plants need moist soil to grow properly.

Fertilizers: They do not need any special fertilizers; however, one may apply all purpose garden fertilizers during early spring.

The leaves of these Horehound plants can be collected as required.

Many health benefits can be derived from these medicinal plants:

The edible leaves, flowers and young shoots of these herbal plants do not have much nutritional value; however, consuming them is not unhealthy. 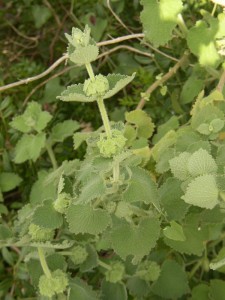 Different parts of these herbal plants are used for various purposes:

The leaves and stems of these Horehound plants are used as an insect repellant.

It is advisable to avoid this herb and its essential oil in any form during pregnancy.

It is quite harmless when used as a flavoring agent; however, there are some side effects of consuming this medicinal herb in large amounts:

Here are some interesting facts about these herbal plants:

Here are some images of these medicinal plants. 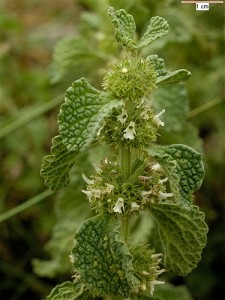 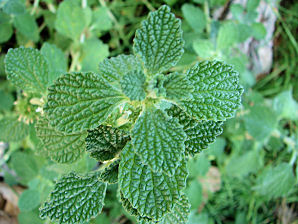 Marrubium vulgare plants have become much less popular than they used to be. But that does not mean they are not counted among the medicinal herbs of present times. They are still important as folk medicine and candies made from these plants are still quite popular.