What Kind of Alcohol is Jagermeister

Jagermeister is a digestif liqueur originating in Germany and is a product of the Mast-Jägermeister SE. It is made from 56 different herbs, roots, blossoms and spices that are gathered from different parts of the world, like santal from eastern India, bitter orange skins from Australia, cinnamon-bark from Ceylon, ginger roots from southern Asia, and so on. It is a popular choice of drink among alcohol lovers and is used in many drinks and mixes, especially alcohol shots. 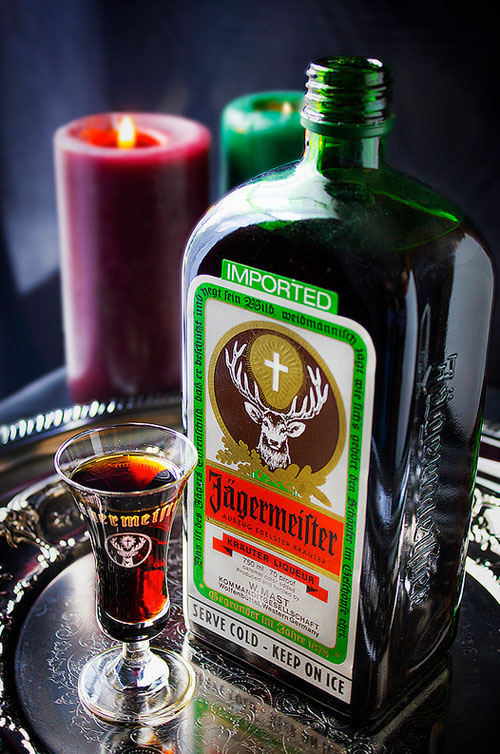 The following list introduces you to a few of the best drinks with Jagermeister in them, along with their ingredients and some detailed ideas of how to drink Jagermeister. 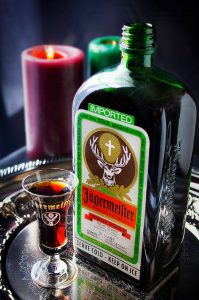 This drink is said to be invented by the Nazis. To make this, half-fill lowball glasses with chilled ginger beer. Carefully stand a shot glass (1 oz) filled with Jagermeister liqueur into each of these. Do not stir. Your cocktails are ready.
[However, for a new twist, you can also use soft drinks like Coke/Sprite/7up, or even Red Bull energy drink or soda instead.] 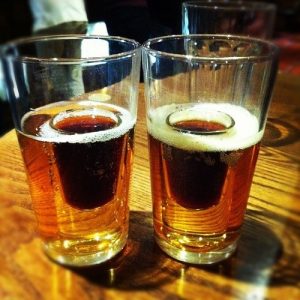 Pour 1½ oz of Jagermeister in chilled shot glasses and fill the rest with ginger ale. Shoot in. 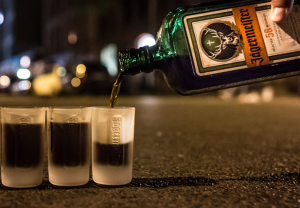 Mix 3 oz of Jagermeister, 2 oz of peppermint schnapps with 5 oz of cold chocolate milk in a cocktail glass. Serve with ice cubes. 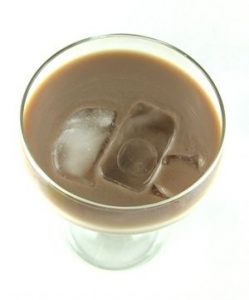 Combine 2 parts of ice cold amaretto with 1 part of Jagermeister along with crushed ice in a jug. Fill shot glasses with this mix and serve with a dash of lime juice. 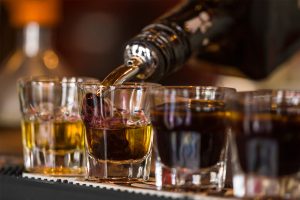 This one is a good winter holiday drink for Holloween or Christmas parties to receive your guests. To make it, add ½ oz of Jagermeister and bourbon whiskey, each, to a cup of steaming hot coffee or espresso. Top with whipped cream and ground caramel. Serve fuming hot.
[Alternately, you might also want to add hot/warm tea liquor (plain or flavored) instead of coffee.] 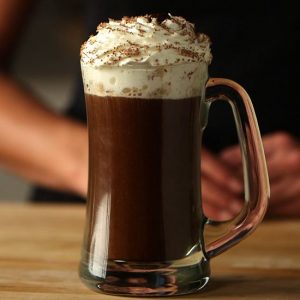 In a mixer, blend ½ oz of coconut rum, Southern Comfort Gingerbread Spice, and Kahlua, each, with 1 tsp of Crème de Coconut and pre-mixed eggnog (like Evan Williams), 1-2 scoops of vanilla ice cream and a few splashes of milk. Pour over ice in an old-fashioned glass before you serve. 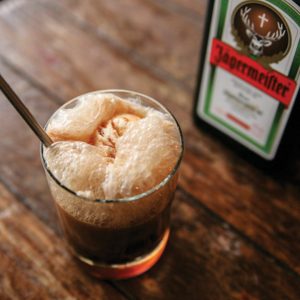 Stir mix ½ oz of Jagermeister with 3 oz gin, along with ice cubes. Serve with a cut of lemon. 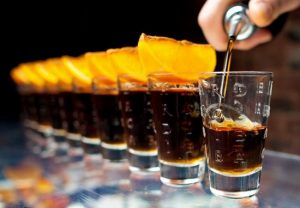 In a shot glass, mix ½ oz of each of Jagermeister and Malibu Black, and to this add 1 splash of pineapple, orange and cranberry juices, each, followed by a dash of lemon juice. All the ingredients should be pre-chilled. 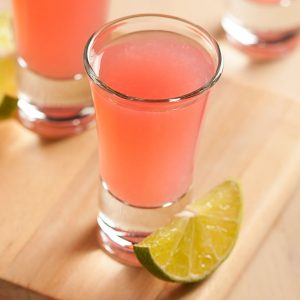 In a shaker, vigorously shake ⅓ parts of each of vodka, Baileys Irish Cream, and Jagermeister, along with a handful of ice cubes. Transfer into a martini glass. Decorate with chocolate swirls and serve. 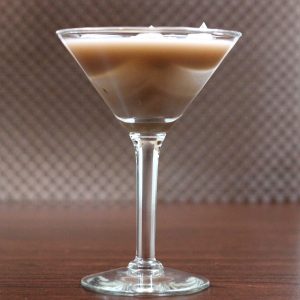 Crush 6-8 mint and basil leaves together in between your palms and throw these in a wide lowball glass. Add 1 oz of Jagermeister Spice, 2-3 lemon rinds (as per taste), and a tsp of simple sugar syrup. Add broken ice cubes and fill the rest with club soda and stir lightly. Do not strain. Serve with mint sprigs and lemon slices. 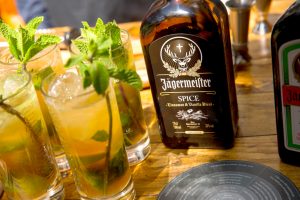 Jagermeister tastes a bit sweet, and its alcohol content/percentage (ABV) is 35. It is 70 proof in the US, with a 1-oz serving having a total of 103 calories and 11 g of carbs. The makers claim that the liqueur is gluten-free. If you choose drinking Jagermeister neat or straight, you must also make sure that you drink responsibly. However, cocktails and mixes are always better alternatives. Cheers!