Ivy Gourds are perennial plants growing in semi-arid regions. They belong to Cucurbitaceae family and are widely distributed in the tropical regions of the world. They have immense usages in everyday life from food to medicines, as they are rich in nutritious elements. Due to their invasive nature and dense growth they spread their vines rapidly in surrounding areas, often creating a ruckus. 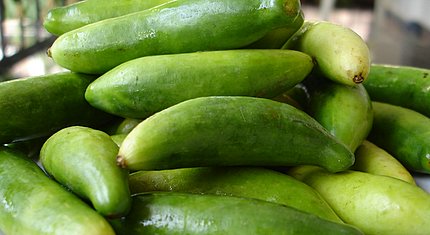 It is known by many alternate names like little gourd and baby watermelon apart from the regional names in India like,

Various parts of Ivy Gourd have been described below.

Plant: The plants are deciduous in nature, growing as long as 30m.They are climbers with long tendrils, tuberous rootstock and their broad leaves are arranged in alternate fashion. They bear flowers that shaped like stars which transform into fruits.

Fruit/Vegetable Length: Length of the vegetable varies from 2 to 2 ½ inches.

Color: They are light green when raw but attain a red tinge when they ripen.

Shape: They have an oval and elongated shape.

Seeds: Ivy Gourds have numerous pale, flat seeds that are instrumental in spreading the vine rapidly. Seeds can be carried by humans or dispersed by birds and animals. Seeds are formed by plants of both the sexes.

Skin texture: It has a thick, sticky skin which is devoid of any hair. 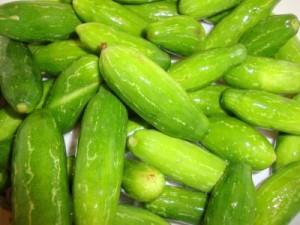 They are widely grown in all tropical regions as that kind of climate enhances it growth. India and Pakistan have massive plantations of this vegetable apart from Thailand, Malaysia and Indonesia. It covers vast tracts of plains in Africa, continuing up to Asia. They are distributed in Hawaii, Australia, Fiji, Vanuatu, Guam, Tonga, Samoa and Marshall Islands as well.

These vegetables grow in wooded grasslands and semi-arid forests. They are also noticed in coastal areas and highlands.

100 gm of the fruit has a number of essential nutrients.

These plants can be grown under these conditions.

Soil: Soil rich in humus is best for growing Ivy Gourd but it may also grow in other types of soil. It is better grown in well drained soils.

Sun: It grows in full as well as partial sunlight.

Watering: During its growing stage, it requires sufficient water for steady growth.

Greenhouse: In certain places like Britain it needs greenhouse protection as it is not a tough plant. In such conditions, in every pot you may sow 2 to 3 seeds. Bring them outdoors once the last spell of frost is over.

Seed germination: Germination happens in 3 to 4 weeks. Ivy Gourds can be grown from seeds as well as by vegetation. Growing them from seeds is a long tedious process because maturation of seeds takes place late. 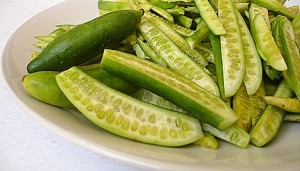 Numerous health benefits can be derived of the fruits, leaves and stem of this plant.

The plant has long been used as an important ingredient of traditional medicine including Thai and ayurvedic systems.

Ripe fruits can be prepared into stew by adding onions, tomatoes and other vegetables. Ordinary dishes can be pepped up by adding some spices and meat. In some Indian states its fruits are deep fried with peanuts or made into curry with loads of aromatic spices. 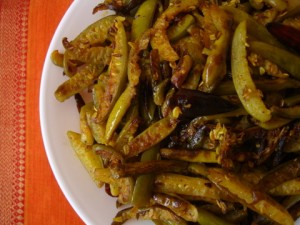 You can buy them from your local store as they are prevalent in the markets. Plant extracts can be bought from online stores as well.

Very less is known about its consumption during pregnancy but pregnant women and lactating mothers can refrain from this vegetable as that might lead to some complications.

There are no known side effects of this plant but it should be consumed under medical supervision if you are trying to benefit from its medicinal properties.

A number of health benefits can be derived from Ivy gourds and they can be planted in home gardens as well. Through numerous researches and scientific studies, its efficacy in improving health has already been proven. Due to its intrusive tendency some weed management tactics can be applied on it.

Take a look at the pictures of Ivy Gourd. 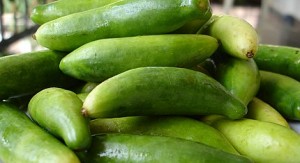 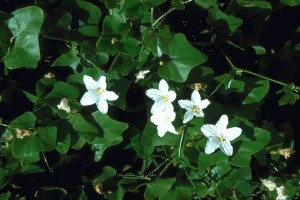