Huacatay is an annual herb of the Asteraceae family. It has got different names in different regions names such as, 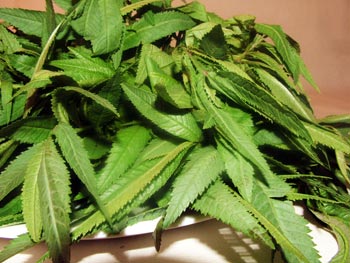 Its flowers and leaves produce a strong odor as it contains an essential oil. The taste of this herb is somewhat mixture of sweet basil, tarragon, mint and lime.

The scientific name for Huacatay is Tagetes minuta. 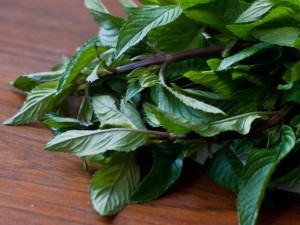 It is an herbaceous plant that can grow around 0.6 – 1.2meter tall. Its small flowers are yellow and green in color. They grow on terminal spikes. It has a highly branched stem. The leaves are slightly glossy green. The underside of the leaves bears a number of multicellular glands, which can also be found on the stems.

The long and narrow seeds of this herb are black in color and are around 8mm in size. It has a ring of 4 – 6 bristles at one end.

This herb is native to the temperate grasslands of southern part of South America, which includes countries like

At present its cultivation has spread to the United States. Since the time of Spanish Conquest, this herb has been introduced into countries like 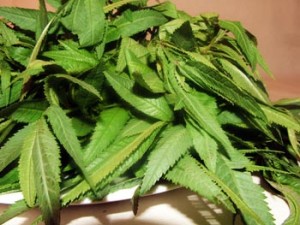 The medicinal use of Huacatay goes back to the ancient Inca civilization. This plant contains Anthelminthic, carminative, diaphoretic, antispasmodic, bactericidal, emmenagogue, fungicidal, and stomachic properties, which make it a great medicinal herb. Huacatay is used in many ways. The dried flowers and leaves of this herb are largely used to make traditional medicines. It contains thiophenes which have antiviral effect. People use this herb as a flavorful tea for medical benefits such as cold, respiratory inflammations etc. It is also effective for the treatment of asthma. The infusion of its leaves is used to cure stomachaches. The herb is effective against Ascaris and hookworms, but not so much against tapeworms and pinworms.

In recent years, apart from its uses in cuisines or in medicinal purposes, there has been a growing interest in us herbal products made with this herb.

This herb is one of the most recognized and essential oil resources. The medicinal and several other usages of the herb have made it one of the most demanded oil in the world. Huacatay oil is extracted from leaves, flowers and stalks of its plant. The main chemical components are valeric acid, limonene, tagetone etc. This oil can cause skin irritation on sensitive skin or other kind of skin disorder. The use of this oil should be avoided by children below 16 years and pregnant women.

Huacatay is largely used in Southern Peruvian dish. This is primarily used to make sauce, paste etc. It is used as culinary herb in Peru, Ecuador and some parts of Chile, Bolivia. Huacatay paste is used in the popular Peruvian potato dish called Ocopa. Dried leaves or paste can be used as seasoning that give local dishes a very unique and regional flavor.

Internet is your best option to find the recipes with this plant. You may find many recipes which are of the similar kind but the basic job is to have an idea of the recipes. 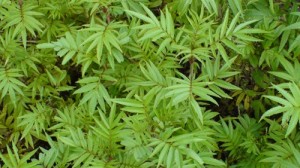 How to grow Huacatay Seeds?

The best time to plant Huacatay is late May or early April as this plant is not well resistant to frost or cold weather. First you have to select a location in your garden that receives full sun. It requires dry, moist and well drained soil. You need to loosen the soil in the area where you want to plant the seed. Make sure that the soil temperature is at least 65 degrees F. After sowing the seeds around ¼- inch deep, cover it with light soil. You need to water the area regularly, through the growing season. It takes around 50 days to flower after seeding. The seeds turn into mature plants within around 120 days of planting. You can collect the seeds from dying plants so that you can use for next year. Harvest the plants by cutting the plant’s main stem.

Huacatay plants are very invasive. Therefore it will better if you can grow this plant in a pot. In many countries, Huacatay is used as companion plant in gardening as it keeps pests, slugs, etc. away.

Huacatay is certainly one of the most used herbs in the world. Its popularity is increasing day by day among users of various ages and social groups across the planet.