The oil extracted from different varieties of grapes is known as grape seed oil. It is used as a vegetable oil and an essential oil, for cooking and beautification purposes. It is a good choice for a cooking oil over olive and canola oil for having high smoke point and neutral taste. This light oil is laced with several health benefits and has many other usages in various fields. 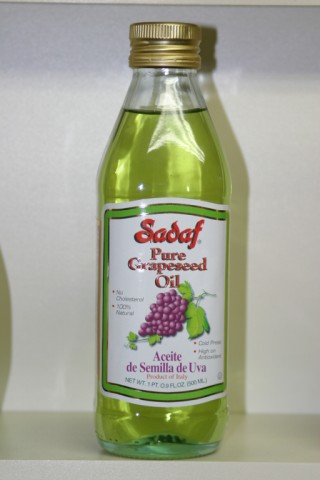 Vitis vinifera is the scientific name of grapes, from the seeds of which this oil is obtained.

The oil has been described below:

Color varies, but usually it ranges between yellowish and greenish tinges.

It has a nutty taste which is light and blends perfectly with the dishes you make.

A very mild aroma brings out the real flavor of the food item. 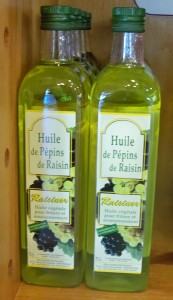 Grapes have originated from Asia, around the Caspian Sea and they were introduced to European nations and North America. Grape production has resulted in massive grade seed oil production from a host of distributors.

It is composed majorly of Unsaturated Fatty Acids – 90%, out of which Linoleic Acid forms 70%. It has ample proportions of flavonoids and polyphenols which make it beneficial to the health.

It has a very low viscosity; hence it is very light.

How to make Grape Seed Oil

Oil from grape seeds can be extracted in many ways. Commercially it is extracted with the help of mechanical press and for deriving oil in lesser amounts the mortar and pestle extraction method can be applied. Both apply cold press methods for extraction.

The seeds are crushed in the expeller press which disintegrates the oil from the seed extracts. This extract left behind can be made into wine or juice. After the oil is extracted in totality it can be made to settle in a container by setting it aside for 24 hours.

Among other plant based oils, this fruit oil has emerged as an important cooking oil in the 20thcentury after technological advancement. However grape seed extracts along with different parts of the plant was of great medicinal importance in Europe since ancient times.

Nutritional value of 1 tsp grade seed oil is represented below.

Plenty of health benefits can be derived from the grape seed oil as it has healthy fat and essential vitamins compared to other cooking mediums. 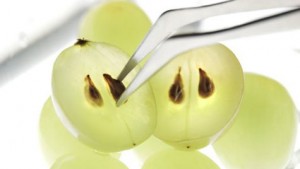 Cooking with this oil has several benefits because of comparatively high smoke point and neutral flavor. Other usages have also been listed here. 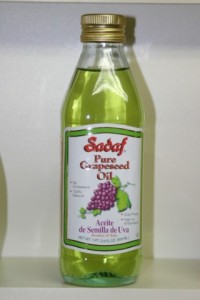 Some of the names of recipes which can be prepared using this vegetable oil are:

Absence of sufficient evidence which vouches for its safety during pregnancy prohibits pregnant women from taking it. 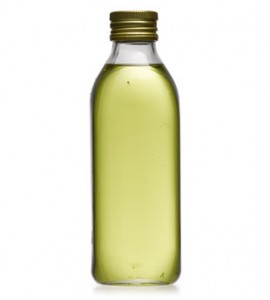 Where to buy Grape Seed Oil

You can buy this oil from local drug stores as well as herbal food stores. Look for organic oil made by cold pressed method as they are way healthier than the chemically pressed ones.

The vegetable oil used for cooking can have an extended shelf life by refrigerating it. But by testing the aroma and taste, you can verify its freshness. Refrigeration might alter it a bit but room temperature brings it back to normal. As a carrier oil in aromatherapy, it stays fresh for 6 to 8 months which is much lesser than jojoba or coconut oils having a greater shelf life. By keeping it away from direct sunlight and restricting fluctuating temperatures quite often can increase their life.

According to Old Testament, Prophet Daniel ate a certain dish made of grape seed oil to remain in good health.

Grape seed oil has enriching properties which benefit the body from inside. Its positive effects are visible from outside as the skin glows and you become immune to certain health hazards. Grape seed extract supplements can be integrated in your routine for a better life.