Chinese cabbage is the member of the Brassiceae family. The members of this family include the cauliflower, cabbage, turnip, radish, broccoli, Brussels sprouts etc. Chinese cabbage is one of the most versatile vegetable. It is very popular, can be grown in a short period of time and has high nutritional value. It belongs to the same genre as the European cabbage; however more elongated leaves and they are loosely packed. They are believed to be a cross between turnip and pak-choi. They were originated in China and have become very popular across the world in recent days. 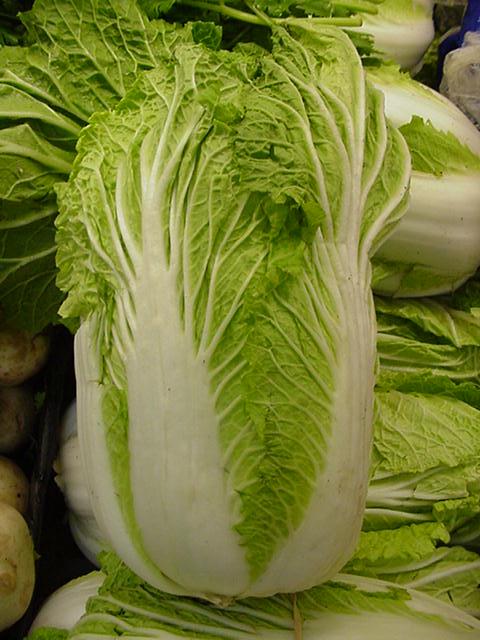 The scientific name for the Chinese cabbage is Brassica rapa.

The Chinese cabbage was found in the deltaic region of the Yangtze River until the pharmacologist of the Ming Dynasty Li Shizhen decided to study the medicinal properties of the vegetable. The Chinese cabbage later became the staple vegetable of Korea. Post Russo-Japanese war, the Japanese soldiers took back home the Chinese cabbage and gradually it became popular all over the world. 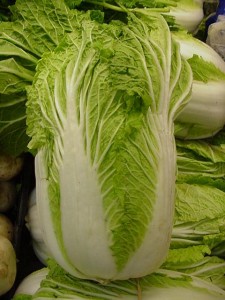 The Chinese cabbage is of two varieties and they are further sub-divided. The two distinct varieties are:

The Pekinensis group cabbages have broad green leaves with white stalk. The leaves are usually closely wrapped and have a cylindrical shape. This variety is mostly popular in Northern China, Korea and Japan. It has great demand outside Asia. Pekinensis group has diverse names all over the world, some of which are Napa cabbage, Chinese white cabbage, Da baicai, Hakusai, pe-tsai etc.

The Chinensis group does not wrap around and have dark green leaves. They are popular in Northern Europe, Southern part of china and Southeastern parts of Asia. Bok Choy is a very common term for the Chinensis group in Northern America. Other terms used for this variety are Chinese mustard, spoon cabbage, greengrocery etc.

The Chinese cabbage has incredibly low calorie, sodium and saturated fat content which are often recommended by some of the dieticians. The Chinese cabbage is a good source of soluble and soluble fibers which have compounds known to reduce bad cholesterol level in the blood, protect against breast and prostate cancer. It contains various antioxidant compounds too. They are also a good source of vitamin A, potassium and of folic acid. This variety of cabbage has anti-inflammatory properties.

Bok Choy, the Chinensis group of Chinese cabbage, contains a compound called Glucosinolates which prevents cancer if taken in small dose however becomes toxic if taken excessively.  Over consumption of Bok Choy causes dizziness, nausea, and indigestion for people with weak digestive system. 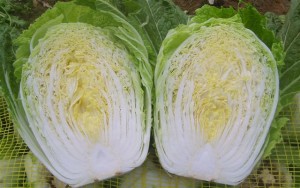 The various varieties of Chinese cabbage are cool weather vegetables. The seed of the Chinese cabbage should be sown half an inch deep and spaced apart. Moist soil is good for its growth but too wet soil can rot the plant. Keeping the plant under direct sun is not recommended and should be kept under cool temperature. They should be sown at least 4 to 6 weeks prior to the onset of frost day in spring, spring or autumn is the best time to grow Chinese cabbage. The Chinese cabbage bolts and sends flowers which rob the plant of its nutrient if planted too late in fall or spring. It usually takes 50 to 85 days to become fit for harvesting and needs to be harvested during the cool temperature.

Chinese cabbage is a versatile vegetable with a delicate flavor. It can be boiled, stir fried or steamed, according to individual preference. 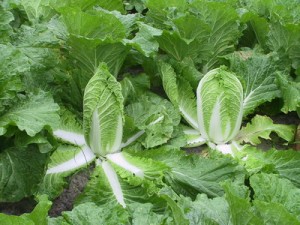 There are innumerable delicacies that you can make with the Chinese cabbage to pamper your taste buds. Some of which are as follows:

Chinese cabbage is one of the most popular vegetable across the world. It has a very versatile and delicate flavor which satisfies the taste buds of every individual. Stir fry it, steam it, boil it or make a refreshing salad, it can be served for all season. A hot Chinese cabbage soup during the chill winters day or a fresh salad on a hot summer day, it never disappoints any.