Black cumin plant belongs to the Eurasian herb family. The fruit of this plant contains innumerable tiny seeds, which are known as Black cumin seeds. These seeds find importance in culinary, medicinal, and even beauty regime purposes. It is used in homeopathy, aayurveda, and kitchen remedy. 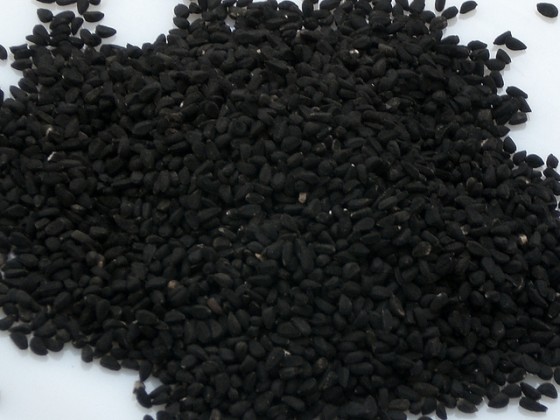 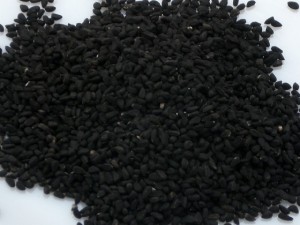 Looks : Black cumin seeds are black coloured, as the name suggests, tiny seeds. They look like grains, though much smaller in size.

Smell : Black cumin seeds have a pungent smell of their own that adds a delicious aroma to the delicacies.

Taste : Black cumin seeds have a bitter taste of themselves. But the seeds add great flavour to the dishes when used as a seasoning.

Black cumin plant is one of the annual flowering plant species. It is scientifically known as Nigella sativa. It grows up till 20cm to 30cm. The leaves are linear and very finely divided. The flowers are white and pale blue in colour. The plants bear blown-up capsule like fruits. Each fruit contain numerous Black cumin seeds.

Black cumin seeds are tiny, black seeds. They have a pungent smell and bitter taste. But when used as a seasoning in any recipe it does wonders to the dish. The seeds have many medicinal properties and are used as kitchen remedy to many ailments.

Black cumin oil is got from the seeds only. The oil has some properties that strengthens and brings shine to hair and nails, if nourished with it. The oil is also used for cooking. It is very healthy to consume and is a taste enhancing wizard as well. 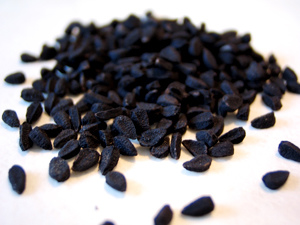 Cumin seeds and cumin oil has always been an important and active part of daily cuisines, all around the world. Not only because of its culinary delighting properties to enhance the taste of the recipe, but also because of its high nutritional value content. A table-spoon full cumin seeds that weigh about 6.7gm has the following nutrient content : 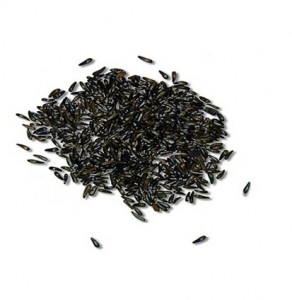 Black cumin seeds and oil are very beneficial for health and is a good season also for cuisines.

Not much is known about drastically harming side effects of consuming Black cumin seeds or oil. It is advisable to avoid consumption of over amount of Black cumin products to be on a safe side.

During pregnancy doctor’s advice should be followed while consuming Black cumin products for the mother’s and child’s safety. If anyone is allergic to any type of cumin but need to consume for some specific reason then also medical suggestion is advisable. 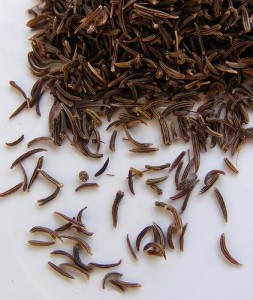 Black cumin is a multi-purpose seed. Both the seeds and oil are extremely beneficial, and are widely used.

Black cumin is an all rounder health beneficial seed. The oil is also very beneficial. It is easy available, easy affordable, and an aromatic seasoning for most Asian food recipes. With all its medicinal properties and nutritional benefits, Black cumin is one of most widely used and admired seeds. Get it the next time while grocery shopping and make the most out of this delicious seasoning agent with lot of health benefits.