What are bamboo shoots

The young edible shoot of the bamboo plant is a favorite seasonal vegetable among the people of Asia. Grown in several parts of Japan, China, Taiwan, and India, the tender and crisp shoot has numerous health-boosting qualities. 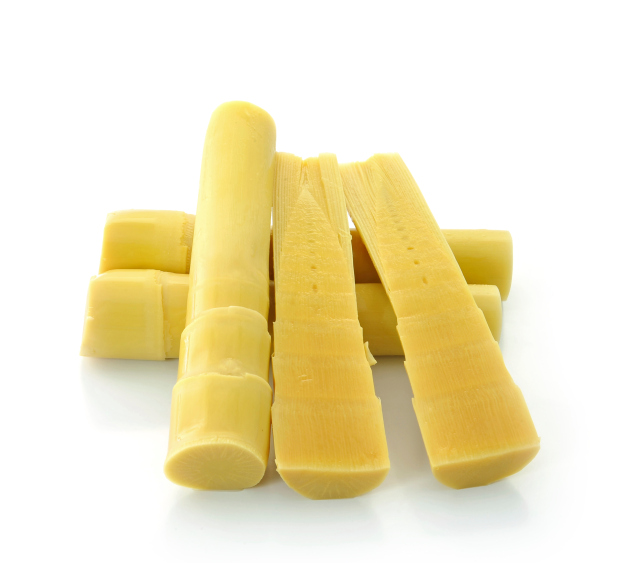 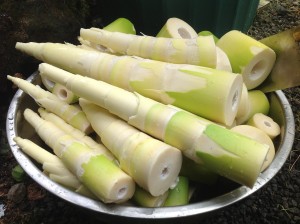 In Japanese: Take no ko

The fresh shoots comprise of multiple fibrous layers arranged in a conical pattern.

Shape: The soft and young shoots appear like a cone, resembling maize.

Size: It is 6 to 12 inches long with a diameter ranging between 1 and 6 inches.

Taste: It has a mild sweet flavor similar to baby corn. 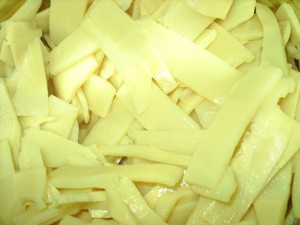 Given below is the nutritional value of 100 g of fresh bamboo shoots.

Acts as an immune-booster: The presence of essential vitamins and minerals in the crispy shoots strengthens the immune system, thereby protecting the body from several illnesses.

Controls weight: The tender shoots of bamboo contain negligible amount of fats and carbohydrates, helping in maintaining a healthy weight. 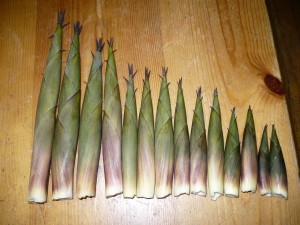 Protects the heart: The phytonutrients and phytosterols in the shoots facilitate smooth flow of blood throughout the body, thus reducing the risk of heart disorders.

Prevents cancer: The antioxidants in the healthy shoots cut the risk of cancer. 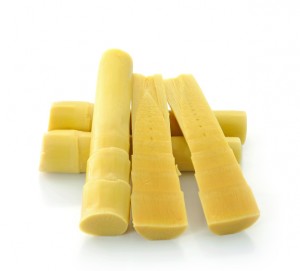 There are no side effects of these shoots. However, overconsumption of the vegetable could lead to abdominal discomfort. If the shoot causes allergy, then it must be immediately discontinued.

As the shoot causes uterine contractions, it should be avoided during early pregnancy. However, in Traditional Chinese Medicine it is believed to induce labor during the last month of pregnancy, when the due date is near.

How to prepare and cook bamboo shoots

The cyanogenic glycoside in the raw shoots contributes to the bitter taste, causing difficulty digesting. Prior to cooking, the fresh shoots must be thoroughly washed with cold running water.

How to cut and boil

The tip of the shoot and the roots should be trimmed off, followed by peeling of the hard, non-edible outer skin. The shoots have to be sliced vertically before boiling them in water for 20 minutes. If the bitterness persists, then add few drops of vinegar to some fresh water and boil the vegetable again. The shoots can also be pre-cooked in a microwave by placing them in an uncovered shallow pan of water for 5 minutes. 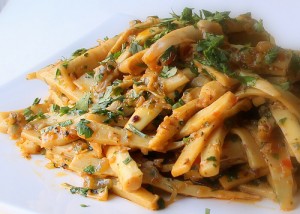 Canned, bottled, and refrigerated bamboo shoots are available in local markets and online stores throughout the year. The fresh ones are sold between late spring and early fall.

The fresh, unpeeled shoots should be kept in a covered glass or plastic container and stored in the refrigerator. However, do not refrigerate them beyond two weeks. If they are exposed to sunlight, a bitter taste develops. So, a cool, dry place is ideal for storing the raw vegetable. Cooked shoots can also be frozen to prevent them from getting damaged.

Sliced Jerusalem artichokes, water chestnuts, and white cabbage can be used as substitutes for the shoots. 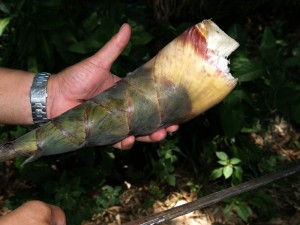