Diverse range of oils is useful for culinary and therapeutic purposes. One such oil is the oil extracted from Babassu palms that has magic cures to a lot of skin ailments and also used for cooking. With the onset of winter or due to lack of moisture, skin and hair may suffer terribly. Oils and creams may not give you the desired results as they tend to make skin texture extremely oily. Babassu palm grows in Brazil’s Amazon region and its oil has been used since centuries by the local women. This oil is not popular as cooking oil but it is occasionally used for culinary purposes. 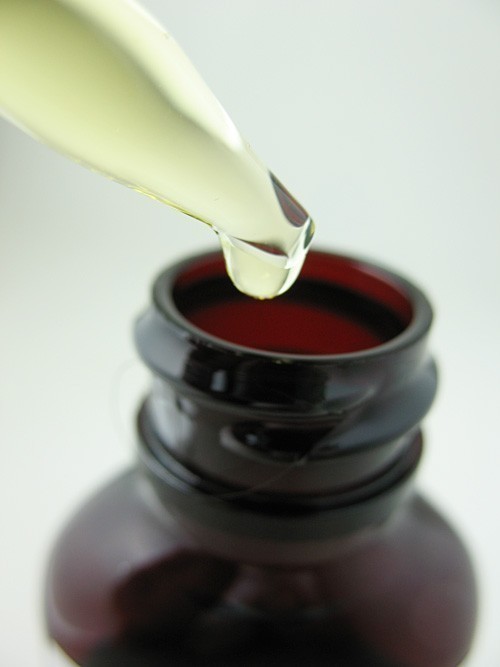 Babassu oil is extracted from babassu palm which is known scientifically by the name of Attalea speciosa.

The oil looks pale and clear, exhibiting properties like the coconut oil. Some of its characteristics are:

Aroma : It has minimum aroma and may smell like coconut oil.

Color : The oil is light yellow in color.

Taste : This particular oil has a bland taste.

A.D. d’Orbigny, a French paleontologist discovered babassu palm in the 1800’s. These trees have been highly prevalent in Marahao, a Brazilian state, where women generally engaged themselves with the trade of extracting oils out of its kernels. In fact, not only as oils, it had a series of usages since ages. 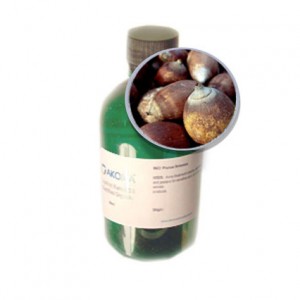 These palm trees are prevalent in the stretches of Atlantic Ocean extending up to Bolivia. They are distributed across central as well as eastern Amazonia continuing up to the Guiana. This species of palms is densely populated in Piaui and Maranhao, located in the southeastern Amazonia. Though they are mostly found in Brazil, these palms are used for a number of purposes throughout America.

The oil is a mix of vitamins, acids and antioxidants. Vitamin E is a highly nourishing nutrient of the oil which is rich in antioxidants and anti-inflammatory properties.

Babassu oil is composed of fatty acids, namely myristic, oleic, lauric, stearic and palmitic acids. Lauric acid makes up 50 percent of the entire composition while myristic, stearic, oleic and palmitic rounds off to 20%, 3.5 %, 10% and 11% respectively.

This vegetable oil is extracted out of palm kernels, by using the cold press method.

Nutritional fact of 1 table spoon babassu oil is represented below. 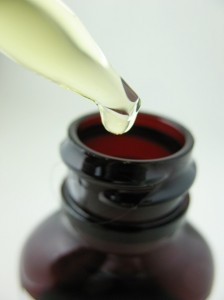 It is excellent for preparing a range of therapeutic products. From body lotions, massage oils, hair shampoos, conditioners to lip balm and soaps, the oil has many usages in the beauty industry.

Oil extracted from the kernels of babassu has a number of benefits. From beauty to cooking, this oil has extensive uses.

It can be used as cooking oil. Sometimes it can also be used as a substitution of coconut oil.

It is used for making lubricants, bullet proof glass as well as explosives apart from fuel used in diesel engines.

Oil of babassu can be made into various personal care products like soaps, cream and shampoos as it is a great emollient.

This oil can be refrigerated after it is opened and kept away from direct heat to keep it in good condition.

It is available at your local grocery store as well as online stores. 8 oz of this oil is priced between 8 and 10 $.

It can be safely used during pregnancy as the oil can be lightly applied on the belly for preventing stretch marks.

There are no such side effects of this oil that has been reported so far. It should not be largely used as edible oil.

Babassu Oil is a wonderful natural ingredient quite similar to coconut oil, melting gently on the skin even though it appears to be hard in room temperature. One of the advantages of this oil is that it never dries up the skin even after hours of using it. For edible and cosmetic uses, this oil is equally efficient.

Here are some pictures of babassu oil and the fruit. 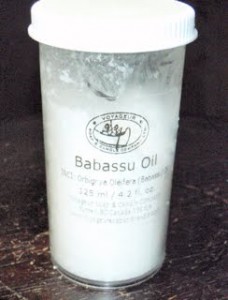 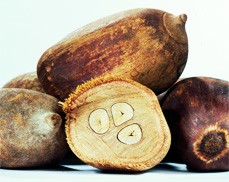