Asarum europaeum is a European species of wild ginger. It is a perennial, low-growing plant usually covered under foliage. It belongs to the family Aristolochiaceae. It has a pungent, strong pepper-like smell and is used for some medicinal uses. 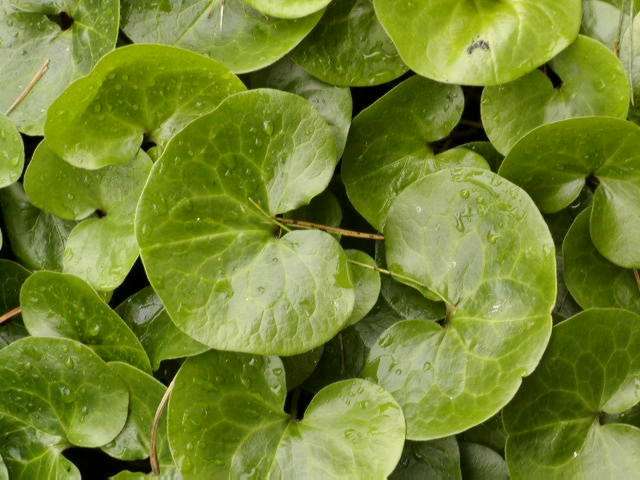 The common name for Asarum europaeum  is European Wild Ginger.

Asarum europaeum  is the Latin name for European Wild Ginger. 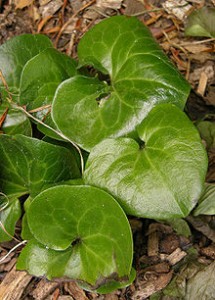 Asarum europaeum is an evergreen perennial plant. It grows to a height of about 0.1m to 0.5m. The plant has a fleshy stem that has two kidney shaped leaves with pale yellow veins. The dark green, evergreen leaves have a shiny upper surface. They taste and smell like pepper. Hidden under the leaves is a bell-shaped, purplish-green flower. The flower is solitary and terminal. They are brownish towards their base and purple at the middle. The stems of the plant have a stalk and reniform of about 10cm wide and they are 10 to 15cm long. The root of the plant is ash colored and yields ash colored-powder which has an odor and taste of a pepper.

Asarum europaeum is native to Europe. It is distributed from Finland to northern Russia. Towards the south, it ranges from south France, Croatia, Italy, Bosnia, Herzegovina to Macedonia. It is also found in United Kingdom, Sweden, Denmark, Norway and Netherlands.

Native to the Western Europe, Asarum europaeum, has a long history of herbal use since the times of ancient Greek.

Asarum europaeum prefers calcareous soil. It thrives best in moist neutral to acidic soil with pH of 6.1 to 6.5. They can sustain a temperature of about -15 degree Celsius. It blooms in late spring to summer. The seeds of the plant should let dry on its own and removed from the plant. The seed should be grown in a shady place. It should be sown in late winter; it germinates in spring and ripens in summer. The seedlings should be divided in to individual pots and grown in greenhouse at least for its first winter. It can be transferred into larger pots and kept outside when it is large enough. 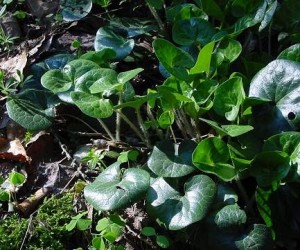 The leaves and roots of the plant are acrid and consist of volatile oil. The oil of the plant’s root which is a little bitter consist of 50% asarone, has 65% toxicity than peppermint oil.

Asarum europaeum has been used for herbal property since the ancient greek times. However, modern day herbalism does not consider it in a wide basis. The roots and the leaves of the plant has several properties like diaphoretic, cathartic, errhine, stimulant, emetic, tonic and sternutatory. Asarum europaeum is used medically in the following cases:

It is always recommended to consult a qualified physician before taking any herb for its medicinal uses. Asarum europaeum is poisonous if taken in large dosages and without medical supervision. Large dosages of this herb may cause vomiting, nausea and diarrhea. Drying or boiling the herb weakens its properties.

Here are some of the pictures of Asarum europaeum. 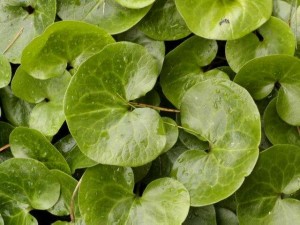 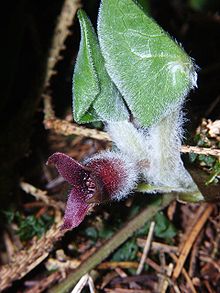