Arctium Lappa, having several common names is consumed as a vegetable in the Asian countries from where it is said to be have originated apart from Europe. It belongs to Asteraceae family and also treated as an invasive weed as it grows to a great height and also spreads across easily. This plant has immense viability in various regional cuisine and medicinal sphere as it is enriched with several nutrients. 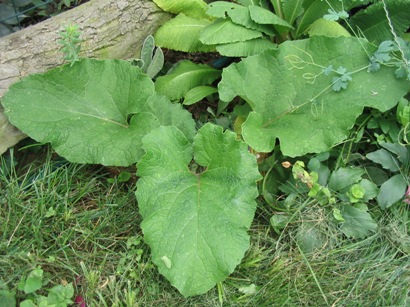 This plant is commonly known by the names like:

Some of the physical features of this plant can be read below. 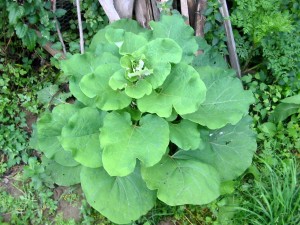 The plant on the outside might grow big, measuring 2 meters in height.

This part is plump, which can also as long as 1 meter.

Big Leaves with long petiole have been arranged alternately on the stem. Region underneath the leaves are hairy.

Flowers of this plant are joined in clusters displaying purple shades. It flowers in between the months July and September.

Long dry fruits are produced having short flower structure called pappuses. They are brownish in color and have a wrinkled appearance.
Taste

The roots taste fairly sweet with a sticky feel but the leaves are bitter.

A pungent flavor is exuded by the fresh roots which makes it compatible in many gastronomic fares.

Having originated from temperate regions, this plant is widely distributed worldwide. From the Middle Eastern countries across India extending up to china along with Japan, it is grown in the British Isles as well. The range is spread from Mediterranean to Scandinavia along with Russia.

In different parts of the world it is grown as vegetables. Growing conditions are: 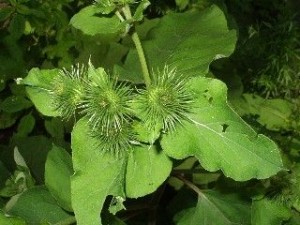 It grows best in humus rich soil which is fresh.

Seeds should be sown in the middle of summer. Germination takes place in a couple of weeks.

Towards the end of autumn, roots of this plant becomes fibrous, this is when they should be harvested. Basically in a period of 3 months from seeding, they become ready to be harvested.

From raw root extracts you derive nutrition as given below:

Though it has many health benefits, it is also considered to be weedy having immense growth. This vegetable has the richness of nature and many nutrients can be naturally obtained from it. 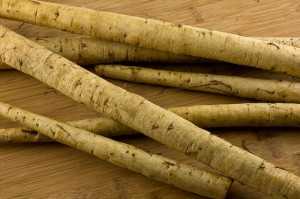 Use of greater burdock had immense culinary uses in the Middle Ages but now they are used in only specific regions for culinary purposes.

Dried root along with fruits and leaves are all used for making medicines. Native American, Chinese and Ayurvedic medicines found great medical properties in it. Some of its medicinal uses are:

In olden times, clothes were dyed black by mixing it with other ingredients like nut shells, milkwort and water buffalo beside many others.

Some caution should be exercised while consuming it during pregnancy as the root may cause uterus to contract.

Fresh roots can be bought from super markets but dried ones stay for long if kept in cool place without moisture.

There are no such established side effects of this vegetable but allergies in some might occur. It is always better to consume it under professional guidance as it might interfere with other drugs or herbs that you are consuming. Arctium Lappa can affect sugar levels so if you have diabetes, it is always advisable to consult your physician before taking it.

Here are some images of Arctium Lappa. 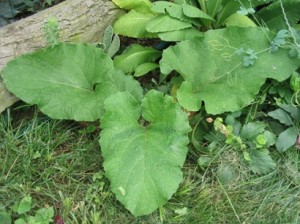 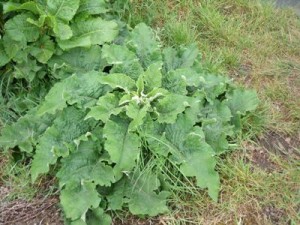